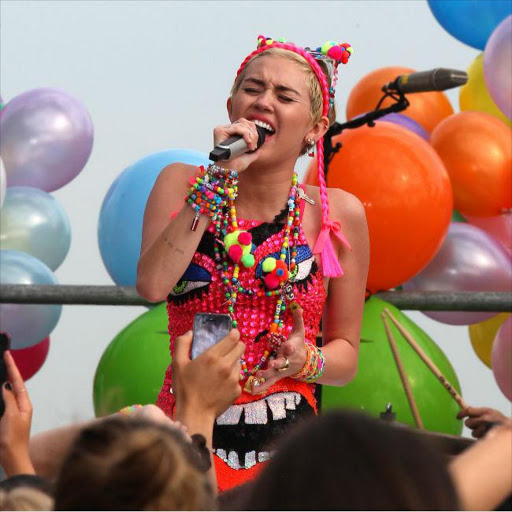 'We Can't Stop' songstress Miley Cyrus has admitted that she is a ''walking joke'' after revealing that she would be a comedian if she wasn't a pop star.

The 'We Can't Stop' songstress has referred to herself as ''walking joke'' after she admitted that if she wasn't a pop star she would like to be a comedian.

Talking on the Australian morning chat show, 'Sunrise' on Sunday (12.10.14) Miley said: ''If I wasn't here I'd like to be doing some sort of stand up comedy, so I think that this is my way of doing that. I am the joke.

Look at me! I'm a walking joke.'' When asked if she thinks a lot about her unusual wardrobe she said: ''I didn't really think about it because that just seems so disingenuine. I'm too honest, I'm too myself.

''I never really thought about it.'' Miley then explained that she is different to a lot of pop stars because she's been involved in the business since she was a child.

The 21-year-old singer said: ''I just kind of grew up in this world, so fame and money, I kind of know what they give you, which isn't a lot ... even though people think it's kind of everything.

''I just decided, about a year ago, that my whole life goal was just to be happy all the time.'' Speaking about her notorious performance with Robin Thicke at the 2013 MTV Music Video Awards. She added: ''All the hysteria afterwards wasn't planned.''