Rihanna and Drake are just friends 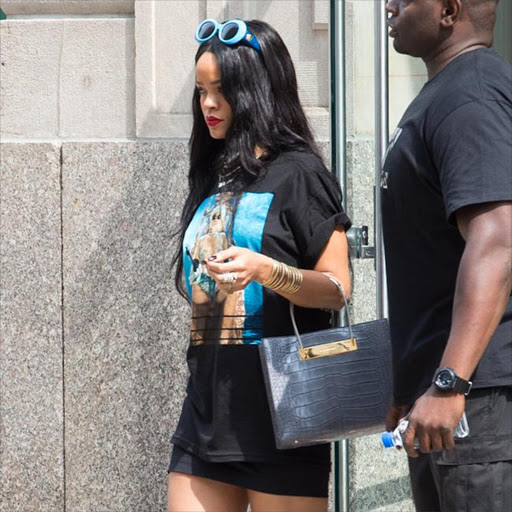 Rihanna and Drake are reportedly working on their friendship and haven't started hooking up again despite partying together in New York City twice this week.

The on-again, off-again couple, who were spotted partying together in New York City twice this week, ''seemed happy to see one another'' as they sat side-by-side in The Griffin nightclub on Monday night (18.09.14), but friends insist they haven't started hooking up again.

A source close to Drake, 27, told Us Weekly magazine: ''He and Rihanna still talk. I don't see it as impossible that they wouldn't hook up again, but it's not happening now, but they're still friendly.''

But the 'Stay' singer fuelled speculation she has rekindled her relationship with the Canadian star, whom she first started dating in 2009, as she cheered him on during his concert in the city on Tuesday night (19.08.14).

The 26-year-old beauty sang and danced along as he performed, before they celebrated at hotspots 1Oak and The Attic afterwards, according to gossip website TMZ.com.

The duo broke up in May after a series of arguments following their reunion in February.

A source said at the time: ''She gave him his marching orders and he's destroyed.'' But another insider predicted they could get back together again, saying: ''Rihanna and Drake had another fight. He is too in love with her, which has always been the problem. They have been fighting, but that could all change any day now. It is how it always is with them.''