South Africa cash in on job opportunities from Avengers sequel 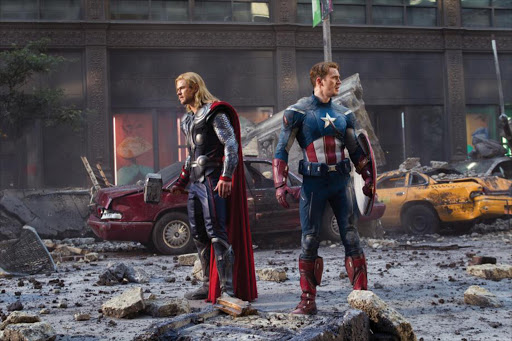 Movie makers Marvel Studios are filming their latest blockbuster, “The Avengers: Age of Ultron” in Johannesburg this week and while filming will disrupt traffic and businesses in some areas, the Gauteng Film Commission is thrilled to have lured the moviemakers to the city.

The film will generate jobs for South African crew members who will be employed by the production company, and over a 1000 people will be required  as extras throughout the two-week shooting schedule.

The Gauteng Film Commission showcased Johannesburg to Marvel studios in 2013, sharing information about the city’s assets and the benefits of filming in the region.

The shooting of Avengers sequel is postponed for February 15th, taking place around Albertina Sisulu and Rissik Street for four days.

Phindile Mbanujwa, CEO of the Gauteng Film Commission said that they are thrilled that Marvel studios has brought a major motion picture project to the city, and says the commission is committed to showing them the best the region has to offer.

In a press release by Moonlight Films, Mayor of Johannesburg. Parks Tau said he is thrilled that the city is hosting the filming of The Avengers: Age Of Ultron, adding that this is a very good thing for the city in it establishing itself as a world class destination.

Nsizwa Mekgwe of the Gauteng Film Commission said Johannesburg was chosen because of its weather, the city’s vibrancy and its people.

According to Mekgwe, shops where the shoot will take place will be closed but their owners will be compensated for the business they lose. But Mekgwe has not provided details of the compensation or how it is calculated.. - additional reporting by Lebogang Mokoena