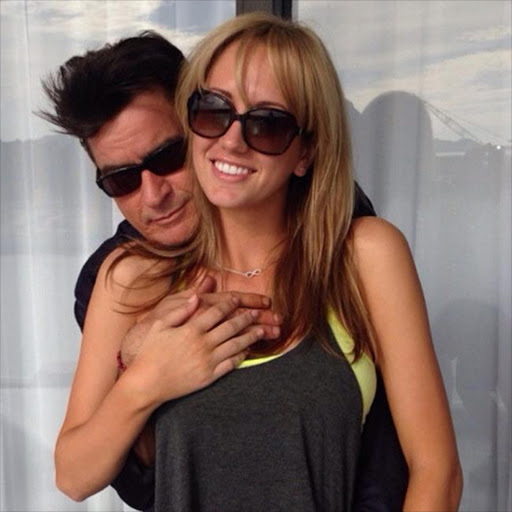 Posting a picture of them together outside the former French consulate building in Reykjavík - where a 1986 Cold War summit was held between then US president Ronald Reagan and USSR leader Mikhail Gorbachev - Charlie wrote on his Twitter page: ''this is the house ware M Gorbachev R Reagan did some epic. it's also where S and I GOT MARRIED! c #RumorMilUhPede. (sic)''

Earlier today, Charlie had paid another romantic tribute to Brett, uploading a picture of her sniffing a rose, and writing: ''jus wen ya thot the ''idea'' of a perfect rose was bred by an ordained magistracy of all things groovy SHE arrived. (sic)''

Charlie is also father to four children: Sam, nine, and Lola, eight, with Denise and four-year-old twins Bob and Max with Brooke.