Robin Thicke and Paula Patton could be next Brangelina 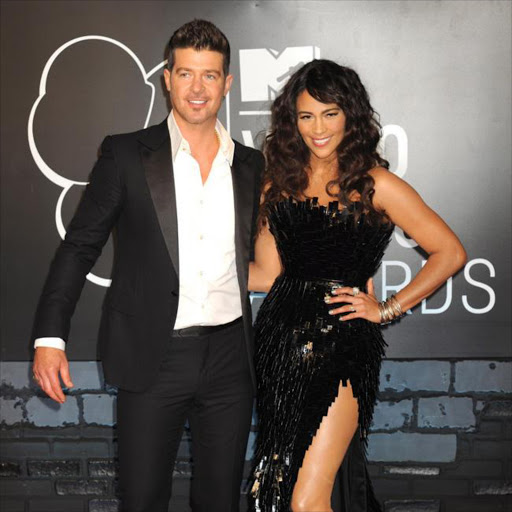 Robin Thicke's dad wants him and his wife Paula Patton to ''adopt a few Ethiopian kids''.

Robin Thicke's dad wants him and his wife to ''adopt a few Ethiopian kids''.

The 'Blurred Lines' singer's father, Alan, thinks that if he and his actress spouse Paula Patton - who have both had huge breakthroughs in their careers in 2013 - adopted children from less fortunate backgrounds, they could be like the famous philanthropic couple Angelina Jolie and Brad Pitt.

Alan told Us Weekly: ''I told him, 'You're a power couple now. If you only adopt a few Ethiopian kids, you'd be the next Brangelina.'' Brad, 49, and Angelina, 38, have three adopted children - Maddox, 12, from Cambodia; Pax, nine, born in Vietnam and Zahara, eight, originally born in Ethiopia - as well as Shiloh, seven, and five-year-old twins Knox and Vivienne.

Alan - best known for his role in 'Growing Pains' - added he had always wanted to be a singer himself, but never made it and he's glad his son has been so successful, after his track 'Blurred Lines' made him a global star this year.

The 66-year-old actor added: ''I'm thrilled for him. I've always dabbled in music. If I could have grown up to be Robin Thicke, I would have. But I'm glad somebody in the family did.''