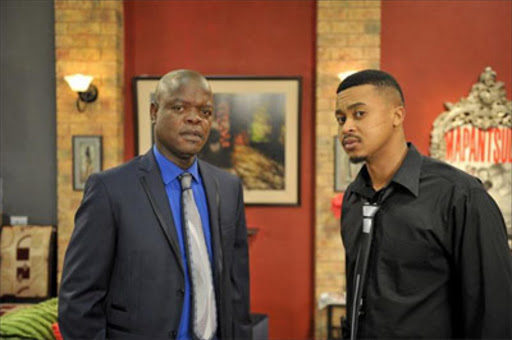 LOCAL television content has never been so exciting since the introduction of low-budget township drama series such as e.tv's eKasi: Our Stories and Mzansi Magic's Lokshin Bioskop.

The bonus with these productions is that they expose new talent as most of these short films feature unknown actors who are making their TV debuts. The exception though is series like Lokshin Bioskop, which occasionally uses established talent such as Khanyi Mbau.

The craft of the new actors from eKasi: Our Stories is generally questionable and it has become apparent that the actors have little or no training at all.

The acting is comparable to that of Nigeria's Nollywood films where everyone with a camera on a street corner can turn their daily lives into a TV drama.

Despite the poor acting, the stories are popular among viewers.

"(With Lokshin Bioskop) We also wanted to provide additional opportunities to first-time film-makers and also created an opportunity for more producers."

Group head for e.tv channels division, Monde Twala, adds that the appeal of eKasi: Our Stories can be attributed to the fact that they are true stories.

"They are genuine stories which have been etched in the collective memory of many South Africans, using the backdrop of strong township vigour and visual texture," he says.

Phahle says the sole mandate of the Lokshin Bioskop series is to create opportunities for new talent.

"Now with the introduction of a Lokshin soap, Zabalaza, we have created a family whose successes and failures, love, life and aspirations can be followed on a daily basis."

Twala explains that with the eKasi series, the brief is not only directed at producers. He says the criteria for choosing scripts is based on any engaging, authentic story which mirrors the lives of ordinary South Africans, yet still had universal appeal.

"We select significant stories which resonate with our core target market.

"The stories also need to reflect the hopes, dreams and aspirations of the different South African communities."

Defending the quality of the actors and production teams on these sets, Twala says giving them opportunities forms part of an ongoing initiative to train and develop talent in the various disciplines of the television industry.

"This year the crews are trained to work on high-definition equipment. We also have a new head writer to polish the script process,"adds Twala.

Though Lokshin Bioskop is fairly new, it looks promising, while the eKasi: Our stories series was launched in 2009 with five episodes produced by one production company.

The series has since grown tremendously, with a total of seven production companies filming 52 dramas in four provinces, Limpopo, Gauteng, Western Cape and KwaZulu-Natal this year.

Some of the popular Lokshin Bioskop titles include The Right, Long Drop and Mogodu Wars, while eKasi has flighted titles such as Mathata A Lelapa, Hard To Please and Love You To Death, among others. -