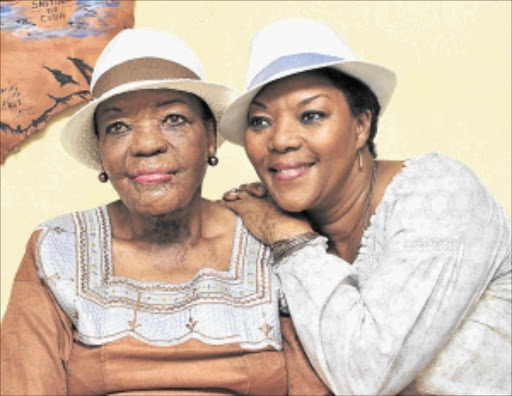 RUNS IN THE FAMILY: Veteran blues singer Thandi Klaasen and her daughter Lorraine.PHOTO:GALLOIMAGES

The Juno Awards, held a week ago, are presented annually to Canadian musical artists and bands to acknowledge their artistic and technical achievements in all aspects of music.

The Montreal-based singer, and daughter of music legend Thandi Klaasen, could not believe it when she scooped the award for the album.

"I'm very honoured and humbled by this acknowledgement. I hesitate to call this an award because it's strange to get an award for trying to do the right thing from time to time," said Klaasen about the album, which was released in September.

She added that this was a tribute to the late Miriam Makeba who had paved the way for her and other young musicians of her generation.

Klaasen said her music is influenced by South Africa's musical giants of the 1950s and 1960s, such as Dolly Rathebe, Dorothy Masuka, Sophie Mgcina and the late Busi Mhlongo.

As a promoter of the performing arts for the Canadian youth, Klaasen has also lent her support to various groups and organisations such as RapSohD Talented Teens Canada.