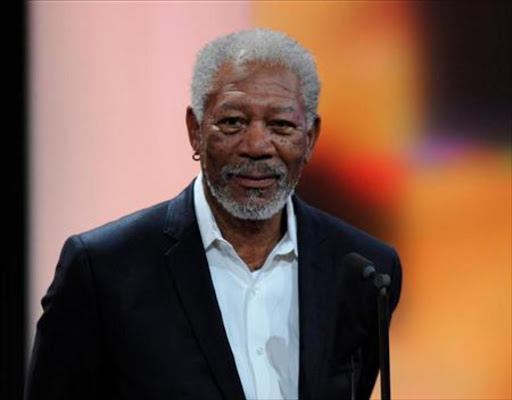 'Olympus Has Fallen' star Morgan Freeman has been challenged to a wrestling match by WWE Superstar Cody Rhodes - so he can commentate on it with his distinct voice.

The 27-year-old grappler thinks the 'Olympus Has Fallen' star would be an ideal opponent in the ring because after they had fought, Morgan, 75, could lend his distinct, deep voice to the bout.

When asked which celebrity he'd like to wrestle, Cody cheekily answered: "Morgan Feeman, because I feel like I could win because he's old; although I'm sure he's tough. But then we could sell it and he could narrate the match, like he narrates everything. He could explain everything because he's such a great storyteller he could tell the story of me beating him. That would be wonderful."

Although Cody is an admirer of Morgan and a film fan in general he has no ambitions to launch a Hollywood career.

The 'RAW' star respects what his fellow wrestler Dwayne 'The Rock' Johnson has achieved on the big screen, appearing in such films as 'G.I. Joe: Retaliation' and 'Fast Five', but it's not his ambition to be a movie action man.

Cody - who is expected to appear on 'WWE Extreme Rules' which will be live and exclusive on Sky Sports Box Office on Sunday night, May 19 - exclusively told BANG Showbiz: "I always said absolutely not, but if a man was to walk in and tell me, 'Alright, you're going to be in 'Fast and the Furious 35', for instance, I'd be running with him. I would only want to do it as a pro wrestler, like Cody Rhodes from WWE in something, because my home is the ring, I don't really have any ambition to platform into another form of entertainment."

Cody is currently in Britain on the 'WrestleMania Revenge Tour' and he and the rest of the WWE Superstars will return to the UK and Ireland in November for 13 live shows.