'Being Mandela' fails to impress 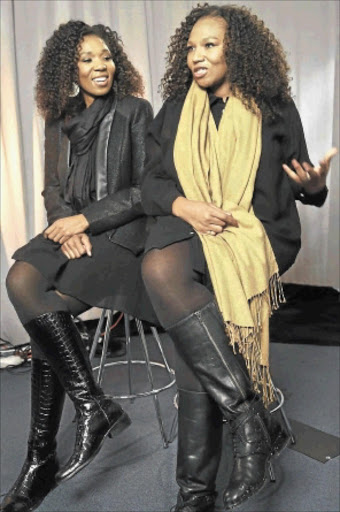 Being Mandela, the reality show that has had tongues wagging in anticipation since last year, received a baptism of fire on social media platform Twitter when it finally premiered locally on Wednesday evening.

The two are daughters of Zenani Mandela, daughter of the former president and Winnie Madikizela-Mandela. They grew up and still live in the US, where the series was filmed.

The show premiered in the US in February but has now made its way home. There was no love lost on Twitter for the young Mandelas, with many calling it vanity and exploitation at its best.

"Is it wrong to say this show is really about exploiting Nelson Mandela's name?" social commentator and Mail & Guardian columnist Khaya Dlanga wanted to know.

"Mandela went to jail for 27 years so that we can have reality shows."

He also commented: And this is so bling. It doesn't represent being Mandela."

Nelson Mandela Foundation spokesman Sello Hatang said he hadn't even seen the TV show, let alone expected to gain anything from it.

"The show won't benefit the Nelson Mandela Foundation in any way," he said.

It was not yet clear whether any other Mandela-affiliated charities will benefit from the proceeds of the show.

Despite the social media backlash, Zaziwe and Swati took to Twitter to "thank everyone forwatching".