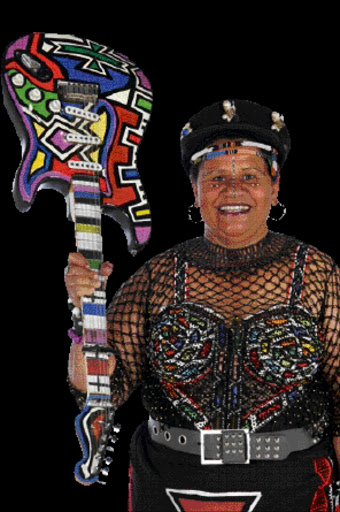 "It's my first time performing at this event. With my 29 years experience in the music industry, I know I will dazzle the crowds," says Mkhwebane, who is known to her fans as the Ndebele Queen.

The 50-year-old says she is honoured to represent her country, adding that she is confident her 11-piece band will make her act enjoyable.

The Pretoria-based artist says she will always be grateful to her uncle for teaching her how to play the guitar.

"We grew up in a musical family but I enjoyed traditional ceremonies and focused on perfecting my music.

"Though it was a challenge when I started out in music because I wasn't paid, I'm glad I persevered," says the single mother of two.

Mkhwebane says being single works for her because she doesn't have to worry about how it could affect a relationship whenever she travels.

Mkhwebane has released more than 15 albums, with her latest titled Indoda Enzima.

"My music is about community upliftment and it's timeless.

"There is no need for me to release an album every year because I focus on releasing quality music," says Mkhwebane, who is going to hold three performances in New Deldi and Maharashta.

Another musician scheduled to perform at the same festival is maskandi singer Mbuzeni Mkhize.