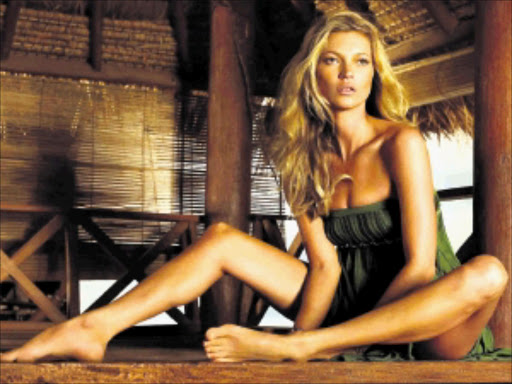 Kate Moss auctioned off a kiss at a charity event in Brazil and sent pulses racing as she demonstrated how could she is at smooching by locking lips with 'Basic Instinct' actress Sharon Stone.

The supermodel auctioned off a moment on her lips to a lucky bidder at the third annual amfAR Inspiration Gala in Sao Paolo, Brazil, last Friday (05.04.13), and sent guests' pulses racing by demonstrating her smooching prowess with the 'Basic Instinct' actress.

The two stars were co-hosting the event, which raised money for AIDS research, and 39-year-old Kate was one of the prize attractions available at the charity bash, as a kiss with the model, along with a magnum of Moet & Chandon champagne signed by herself and Sharon, sold for £35,000.

The glamorous pair turned heads at the event as they both wore revealing dresses with plunging necklines.

While Kate attended the event without her husband, musician Jamie Hince, the 'Casino' actress was accompanied by her 27-year-old Argentinian boyfriend, Martin Mica, who she met in 2012 in Sao Paolo at a Vogue Brazil party.

Sharon - who has three adopted children, Roan, Laird and Quinn - has been married twice.

She first wed television producer Michael Greenburg in 1984, however, the couple divorced in 1990.

The actress then married journalist Phil Bronstein in 1998, with whom she adopted her first child, but the marriage ended in divorce in 2004, with Sharon citing irreconcilable differences.