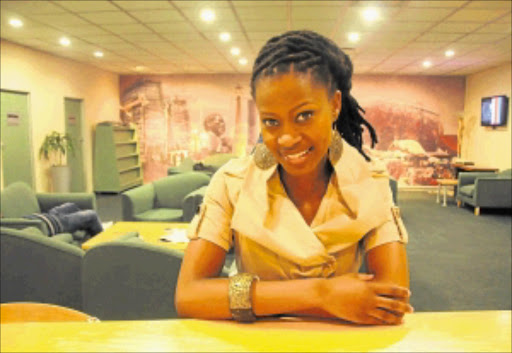 Viewers who think that Generations is a bore right now, should hold on to their seats as the upcoming storyline is about to keep you glued to your screens.

The past four weeks, viewers have been persistently fed with Noluntu’s extremes, to the point of drugging her mother and making her crazy, portraying a monster of a person.

But if you thought that was extreme, wait until Noluntu’s life take a big twist and she is forced her to eat humble pie.

Meanwhile, head of Generations scriptwriting department, Bongi Ndaba says their aim is to create a villainess out of Noluntu.

She says people are used to seeing men playing the villain role, like Sibusiso Dlomo, Ngamla, Jack Mabaso and others.

“We are creating a villainess and that is what people are going to see.”

Okay, so what else can we expect?

Ndaba says, Khethiwe’s character would be one to watch out for as it would definitely get people talking. Her drinking problem would go from bad to worse.

Khethiwe’s plot which focuses on alcoholism is one of the generations mandate, she explains.

"People have already seen her drinking and I know they would be saying why didn't Generations pick that up. I do not believe that a person drinks today and tomorrow becomes an alcoholic.

“Viewers do not understand that we plan such things, it is not a mistake. We plotted that she is going to start drinking but we are going to deal with alcoholism issue later in the year.”

She further says people take years to become alcoholics but they cannot do that since it's a television show.

“We had planned that she is going to start drinking and it is going to deteriorate. All the bad things she had done will come out through alcohol. She is not drinking because she enjoys alcohol but her life is not going the way she wants it to. She is drinking to fill this void inside her.”

Another storyline that viewers can look forward to would be Dineo’s marriage woes.

“Since she stole Phenyo from another woman, those issues would came back to haunt her. Right now she is married but not happy. She is currently in the dark but people are yet to see that. All the underlying issues that happened when was young, will haunt her now.”

Why do you frustrate fans with your soapie timeline?

Ndaba says viewers always want the storylines to portray what they know forgetting that it's a soapie.

She says in soaps there is no way that you can have a quick wrap-up of a storyline.

"Take Noluntu's story, people are already complaining that it has been dragging on for too long. We ran a storyline between three and six weeks.”

"When stories involve culture people expect it to be realistic. Culture first starts with the clan, then family and then the individuals. We write a character that can be influenced by that culture they believe. Culture is personal, you cannot blanket it,”  Ndaba clarifies.

She says when it comes to planning storylines they look at stories that were never done. Ndaba says they also have an abuse story coming up that would involve Dineo.

“This would not be the abuse that people always expect. I understand that people are getting emotional with such issues and have ideas of how it should have been done,” she said.

However, Ndaba denies that they want Dineo’s character to be the “slut” of the soapie. She say Dineo is married and would not be divorcing soon.

She also reveals that there are two new characters that would affect the storyline.

Asked why they kill characters instead of replacing them, she said South African viewers get attached to them. She said they have tried with Archie Moroka and people complained.

Do you like Zenande Mfenyana who plays Noluntu? Zenande is one of our Mzansi's Top 12 Sexiest calendar hotties. Download her calendar and screensaver free from us.