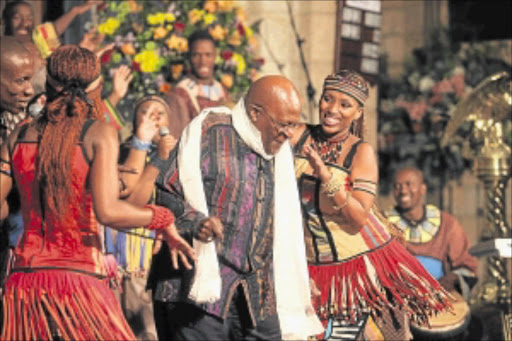 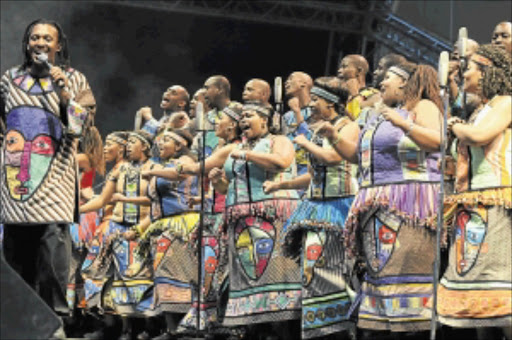 IN 1987 an unknown 18-year-old took a deep breath in front of stern-faced judges and sailed into a heart-tugging tune titled Shine On Us. The warm and moving song carried her hopes and dreams for musical stardom.

Twenty-five years later, Rebecca Malope is still the reigning queen of gospel. With 31 albums and two DVDs to her name, the multi-award winning performer has sold more than three million copies in an astonishing trendsetting career that has inspired a generation of gospel artists and made her South Africa's original gospel superstar.

Thanks to her peerless success as well as the studio exploits of gospel divas such as Deborah Fraser, Lusanda Mcinga, Hlengiwe Mhlaba and Winnie Mashaba, local gospel has evolved into a best-selling genre. Such is its wide appeal that their secular counterparts such as the late Brenda Fassie and Ishmael and Judith Sephuma have recorded gospel music to critical acclaim.

And male vocalists such as Vuyo Mokoena, Lundi Tyamara, Oleseng, Sipho Makhabane and Solly Mahlangu have consistently kept the flag of the genre flying high.

Not to be outdone by these solo luminaries have been celestial choirs such as Amadodana Ase Wesile, International Pentecostal Holiness Choir (IPCC), Barorisi Ba Morena and Holy Cross Choir.

These groups' classical choral style and spirited straight-from-church singing have made them traditional favourites with older gospel fans while Joyous Celebration's American-inspired praise and worship repertoire has achieved an astonishingly massive appeal among the younger set.

Much of the world-class music that the evergreen Ladysmith Black Mambazo has produced is gospel. Recent albums like No Boundaries clearly illustrate their international appeal with masterful orchestral recordings of classical masters such as Bach and Mozart.

But the meteoric rise of the decade-old Soweto Gospel Choir on international stages demonstrates that church music and its choral traditions are still very popular in SA. Its relatively new practitioners can surpass the global exploits of veteran workhorses like the Grammy winners Ladysmith Black Mambazo.

Described by Archbishop Desmond Tutu as "my special choir", not since the days of Imilonji Ka Ntu has one choir captured the spirit and dreams of a nation like the Soweto Gospel Choir. In the early 1980s, when choral composer George Mxadana decided to give the anti-apartheid struggle a musical voice through Imilonji Ka Ntu (sweet melodies of the people in Xhosa), another Sowetan, David Mulovhedzi, was entertaining modest intentions: to form a clap and tap choir with the aim of keeping youngsters out of trouble.

He named the Chiawelo-based group Holy Jerusalem Choir. From these humble beginnings evolved a world-class gospel powerhouse whose soul-stirring vocals and uplifting messages of faith, hope and peace have captured the hearts of audiences around the world and garnered them a string of international accolades.

They have been nominated five times for the Grammys - winning twice for their albums, Blessed (2006) and African Spirit (2008), and thrice on other artists' albums as guest artists: Down to Earth (Peter Gabriel), Calling All Dawns (Christopher Tin) and Baba Yetu (Eric Wainaina). Their debut album, Voices of Heaven reached the number 1 spot on Billboard's World Music Chart within three weeks of its release in the US . They have been regular performers at the Nelson Mandela 46664 concerts, a platform they have used as a stepping stone to forging lasting friendships and collaborations with international artists such as Peter Gabriel, Bono and Eric Wainaina.

To mark their 10th anniversary, a significant landmark whose highlights include performing for former US president Bill Clinton, Oprah Winfrey and their patron, Archbishop Tutu, they have launched a special commemorative album called Divine Decade.

It features local and global stars, including Zahara, HHP, Black Mambazo, U2 and Eric Wainaina. With compositions by Jimmy Cliff, Johnny Clegg and Berry Gordy, this is a world-class eclectic offering that celebrates gospel standards, Motown soul, R&B and South African gospel, a landmark album that will surely launchthem into thenext decade on a high note.

"My father was a humble man who wanted to develop the youth. We have come a long way from practising in Soweto's back-room garages to performing at New York's Carnegie Hall," says Mulovhedzi, the choir's manager.

"Our vision for the next 10 years is to be role models for upcoming artists and eventually to leave a legacy of developing young talent."

I think, Rebecca Malope, whose SABC2 gospel show has been relentless in unearthing new talent, would concur. Yes. the future of SA gospel looks heavenly.