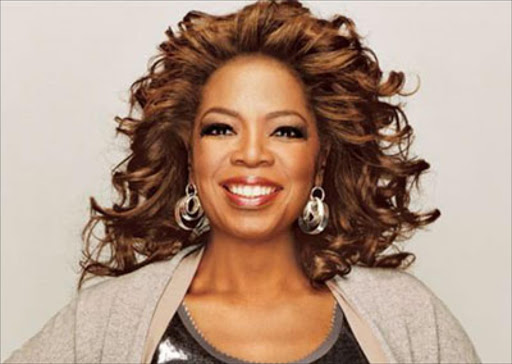 While Oprah Winfrey's friends were offended on her behalf when her 'The Butler' co-star said she had "tig ol' bitties", she thought his reference to her large breasts was hilarious.

Terrence spoke out about his love for Oprah's large breasts after they filmed a love scene for their new movie 'The Butler' and while some of Oprah's friends were offended on her behalf, she thought it was funny.

Speaking on the 'Steve Harvey Show', she said: "Some people called me all offended about it, but I go, 'Well, I do have big breasteses.'"

She explained: "It was supposed to be like a little scene and because Terrence Howard misbehaved, it turned into a bigger scene, and then a bigger scene. He's a misbehaving kind of boy."

Oprah stars as Forest Whitaker's wife in the movie and recently thanked his real life spouse Keisha Whitaker for making sure he has excellent kissing skills.

In an interview, her friend Gayle King said to Oprah:"I can't wait to see you and Forest as husband and wife. There's a kissing scene you were talking about the other day. Did you feel all tingly?"

Oprah replied: "I felt pretty good about it, let me just say. Forest is a good kisser, how about that?