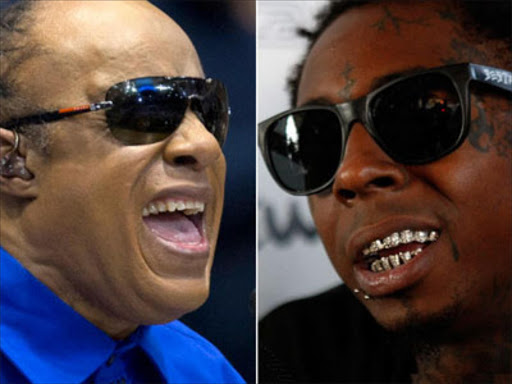 Stevie Wonder is not happy with Lil Wayne's vulgar lyrics that reference Emmett Till, a black U.S. teen whose murder in 1955 for allegedly whistling at a white woman changed the national conversation on race and civil rights.

The R&B legend says the rapper's disturbing verse should not have made it beyond the recording studio for the world to hear.

"You can't equate that to Emmett Till," Wonder said. "You just cannot do that. ... I think you got to have someone around you that - even if they are the same age or older - is wiser to say, 'Yo, that's not happening. Don't do that.'"

Wonder, who says he is a fan and friend of Lil Wayne, made the comments when asked what he thought of the controversial lyrics in an interview Thursday.

On a remix to Future's song "Karate Chop," Lil Wayne compared a rough sex act to the tortuous death of 14-year-old Till in Mississippi. Following a crude reference to rough sex, Lil Wayne indicates that he wanted to do as much damage as had been done to Till.

Till's family has asked the rapper for an apology, and Epic Records, Future's label, said the official song will not feature the vulgar words and is employing "great efforts" to pull it down.

Wonder, 62, hopes the 30-year-old Grammy winner understands the perspective of the Till family and chooses his words wisely in the future.

"Sometimes people have to put themselves in the place of people who they are talking about," Wonder said. "Imagine if that happened to your mother, brother, daughter or your son. How would you feel? Have some discernment before we say certain things. That goes for me or any other (song)writer."