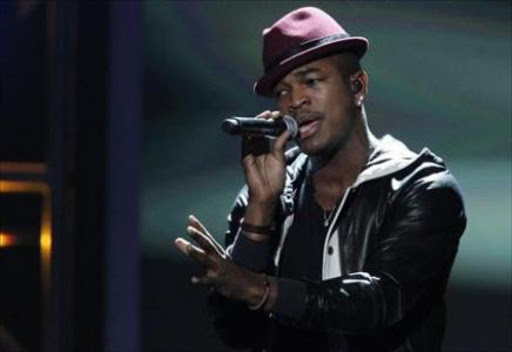 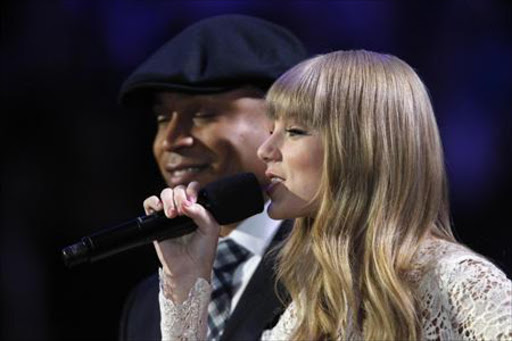 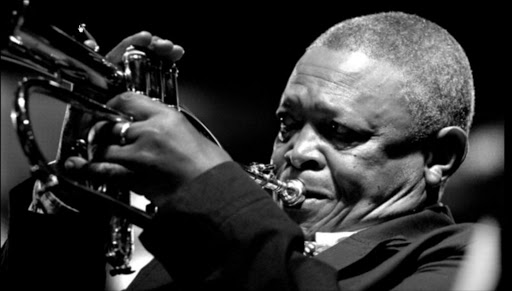 The nominations for New York-based indie-pop band fun. - made up of Nate Ruess, Andrew Dost and Jack Antonoff - included the four main categories for record, song and album of the year, and best new artist.

fun., which also performed at the Grammy nominations concert with Janelle Monae, said it felt good to be recognized and "took pride" in its live performances. "Tonight, all I wanted to do was get up and really give it our all ... receiving the nomination is amazing and a culmination of hard work the three of us have put into this band," lead singer Ruess told reporters backstage.

The group scored a huge hit with its first single, "We Are Young," and then followed that up with its successful album "Some Nights" and single of the same name.

Joining it in the album, record of the year and best new artist categories was hip hop artist Ocean.

The 25-year-old rapper-singer made waves earlier this year after revealing his first love was a man, a ground-breaking move in the hip hop industry, which has faced criticism in the past for being hostile toward gays.

His debut album, "Channel Orange" was a critical and commercial success, debuting at No. 2 on the Billboard 200 album chart in July.

Ocean and fun. will be competing with blues-rock group Alabama Shakes, country singer Hunter Hayes and folk-rockers The Lumineers for the coveted best new artist title.

While young male artists made up a large portion of nominees in key categories, noticeably absent was 18-year-old Canadian singer Justin Bieber, one of 2012's biggest pop music stars with chart-topping album "Believe" and singles such as "Boyfriend."

The winners will be announced at the televised awards show in Los Angeles on February 10.

After British singer Adele dominated the previous Grammy Awards with her juggernaut album "21," male artists took the lead in the album of the year category, where Ocean and fun. are competing with The Black Keys, Mumford & Sons and Jack White.

British folk band Mumford & Sons, which scored six nominations both in 2011 and 2012 for its debut album, "Sigh No More," landed six more nominations on Wednesday for its chart-topping sophomore album, "Babel," which is the second biggest-selling album in the United States this year.

Rappers Jay-Z and Kanye West continued to pick up nods for their 2011 album, "Watch The Throne," including best rap performance for "N****s in Paris".

Jay-Z also landed nods for collaborating on songs with Young Jeezy and Rihanna, while West scored multiple nominations for his song "Mercy."

Kelly Clarkson was one of the few leading female nominees, picking up three nominations, including record of the year and best pop vocal album.

R&B singer Rihanna also landed three nods, including best solo pop performance for "Where Have You Been."

Record of the year nominees saw an assortment of rock, pop and hip hop nominees, with Clarkson's "Stronger" competing with The Black Keys' "Lonely Boy," fun.'s "We Are Young," Australian artist Gotye's heartbreak hit "Somebody That I Used To Know," Ocean's "Thinkin Bout You," and Taylor Swift's "We Are Never Ever Getting Back Together."

To be eligible for nominations this year, artists had to release their music between October 1, 2011, and September 30, 2012.

Adele, who swept the awards in February with six accolades including the top three, landed only one nomination this year for best pop solo performance, as she did not release any music in the eligibility time frame.

The nominations for the top awards and main categories were announced during an hour-long televised concert in Nashville for the first time, co-hosted by country-pop artist Swift and veteran Grammy host, rapper-actor LL Cool J.

Adding a twist to the announcements, Hayes sang the nominees for best pop album, a tight contest between Maroon 5, Clarkson, Pink, fun. and Florence and the Machine. Hayes picked up two nods for best new artist and best country vocal performance.

British rock legends The Who will receive the Grammy Lifetime Achievement Award in February.

Legendary Jazz-Icon Hugh Masekela has been nominated for a Grammy Award in the  “Best World Music Album” category for the album “Jabulani”- Produced and arranged by Don Laka, released through the Gallo Record Company label in South Africa and Razor & Tie Records in the USA.

The critically acclaimed release “Jabulani” was recorded in Johannesburg in 2010, and features a selection of traditional African weddings songs that were re-interpreted by Masekela, and includes the hit single and video "Sossie" as well as the live favourite “Makoti”.

It has been over 30 years since Masekela received his first Grammy nomination for “Grazin’ In The Grass” in 1968.

“Wow! This is most unexpected, - I’m baffled and humbled at the same time” Masekela said, in a statement issued by Gallo.

Masekela has released 43 albums since his career began in the mid-1950s and he has recorded and performed with some of the worlds most celebrated artists including the late great Miriam Makeba, Paul Simon, U2, Fela Kuti, The Crusaders (Joe Sample, Wilton Felder, Stix Hooper), The Byrds, The Mahotella Queens, Herb Alpert, Ladysmith Black Mambazo & Manu Dibango to name a few.