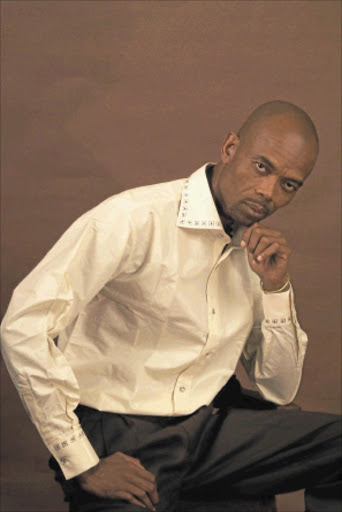 THERE was an uproar in the Karibu Leisure Resort conference room when Samro's Tiyane Maluleke announced that Xitsonga music's de facto king, Joe Shirimani, won Album of the Year for 2012.

This was during the 10th instalment of the Xitsonga Music Awards last weekend.

Benny Mayingane, winner of Best Xitsonga Most Popular Song and Shirimani's protégé, carried his mentor on his shoulders to the glittering stage.

"That award for me was an indication that if you work hard you get rewarded. I have been in the music industry for 17 years," Shirimani tells us a few days after the night he pocketed R60000 for scooping two accolades, including the Best Xitsonga Duo-Group award.

He admits that though he is king in this genre, he went to the awards not knowing what to expect.

"There were strong contenders but I had confidence that I would win," he says.

Shirimane was born in Pretoria in 1968 and his formative years were crucial to what he was later to become in music.

He remembers that there were various linguistic influences, especially in his Soshanguve hometown where there were strong Setswana and isiNdebele populations.

"It was a challenge to stick to my traditions. There was a perception that Tsonga people are inferior and should always behave small. But I realised, and this was emphasised at home, that the best thing I could do was to be myself," Shirimani remembers.

At home he grew up with two sisters and a brother. One of the sisters and the brother are members of his new group, Bangoni ba Ndawu.

The group worked on his latest acclaimed Nzumba album Banana. It is a crossover between traditional and contemporary sounds, spiced with rich Xitsonga lyrics and a neo-rhythmic disco base. It is due to Shirimani's N'wamitwa (Tzaneen) extended family roots that his Xitsonga and message driven-approach has remained strong.

What worries musicians these days is the effect of piracy on their bread. Even for Shirimani's Limpopo Poison stable, which boasts artists such as Prince Rhangani, Mayingane (Best Xitsonga Music Popular Song of the Year ) and Psychology, who collectively took home R80000 in prizes, piracy has been detrimental.

"Penny-Penny used to sell 150000 copies. We used to sell platinum. None of our records sold less than 25000 copies. Today even if you strike it you know someone is making more money off your music than you. Sales are a disaster and we make most money from performances," he says.

He believes that apartheid had such a big effect on SABC radio presenters (except for Munghana Lonene FM) that they only play isiZulu and isiXhosa traditional music because they still believe in tribal superiority.

"VhaTsonga need to stand up and work harder. We must stop expecting people to do things for us."