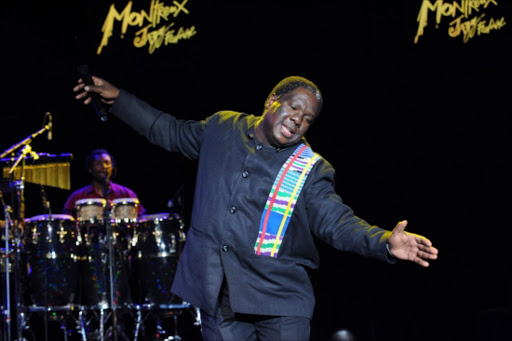 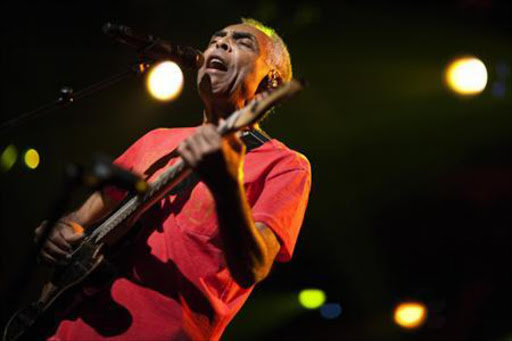 "Vusi is an outstanding performer and songwriter, a very interesting musical personality"

Brazil's Gilberto Gil showcased joyful African-inspired music, despite being tinged with themes of poverty, slavery and painful reconciliation, at the Montreux Jazz Festival on Tuesday night.

South African Paul Hanmer was on piano, along with Brazilians Gustavo Di Dalva on drums and guitarist Sergio Chiavazzoli, for the nearly two-hour set in Miles Davis Hall, which was backed by a Swiss orchestra, the Lausanne Sinfonietta.

"We are Africans in Brazil, especially when it comes to music. We are very African already in Brazil," Gil told Reuters in an interview in the chalet of festival founder Claude Nobs hours before the show.

"What we sing about, our subjects, we have lots of things in common like the apartheid situation, hunger, poverty, submission, humiliation and exploitation - all of that. The black slaves in Brazil went through the same thing that tribes had to go through when they worked in the gold mines in South Africa."

"Ba Kae", "Lamento Sertanejo" and "Raca Humana" were among the tracks performed by the duo, who opened for American chanteuse Melody Gardot.

Gil arrived a few days early in Switzerland for his 10th appearance at one of Europe's most prestigious music festivals.

Last weekend in a Swiss studio, he recorded 10 songs for the soundtrack of "Viramundo - a Journey with Gilberto Gil," which follows him on a musical tour of the southern hemisphere, via Brazil, South Africa and Australia, while examining racial issues.

The 95-minute film, now due to be released early in 2013 in Switzerland, France and Belgium, is directed by Pierre-Yves Borgeaud, whose award-winning documentary "Return to Goree" features Senegalese singer Youssou N'Dour.

"I was completing some recording requirements that we had from the film's soundtrack. Definitely I think that the producer has the intention to release probably a soundtrack of the film," Gil said.

Referring to the anti-apartheid activist Mahlasela, known as "The Voice", he said: "Vusi is an outstanding performer and songwriter, a very interesting musical personality in Africa."

On stage, Mahlasela, a strapping man in an African shirt, towered over the slight, grey-haired Gil, who turned 70 last month.

"I not only sing the beauty of my country but also some of the disturbing things we saw, the brutality of the police playing with old corpses," Mahlasela told the crowd after singing the track "The Beauty of Our Land".

"Our grandfathers of humanity, Nelson Mandela, Archbishop Desmond Tutu and another man who lived in South Africa, Mahatma Gandhi, planted a seed of reconciliation and taught us there is wisdom in forgiveness," he said.

"Aborigine is a local, ancient culture that was all of a sudden struck by the colonizers. They almost lost completely their identity and natural forms of relating to themselves and their environment," Gil said.

Seated in Nob's chalet in a village overlooking Montreux and Lake Geneva, he was surrounded by souvenirs collected by the Swiss founder of the festival, now in its 46th edition, which ends on Saturday.

A red, flowered kimono that belonged to the late Freddie Mercury was displayed behind him in a glass frame.

"I was first here in Montreux when Queen was recording their second album in 1978. They hired a studio in the mountains during the whole festival and were recording there," Gil said. "One night we both went to the same restaurant and shook hands."

His European tour began in London followed by Brussels, and continues in France, Italy, Germany and Spain.