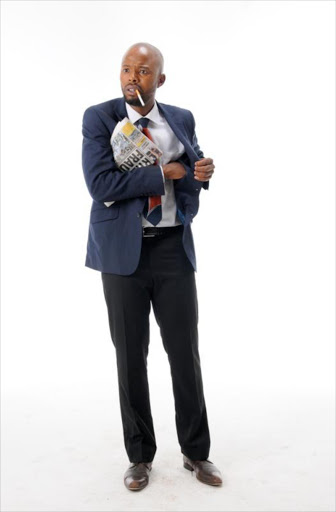 Local films - and their actors - to tour townships

What do you get when a group of passionate film makers – directors, producers, distributors – decide to bring the cinema experience to the masses? You get magic on the big screen.

Kasi Movie Nights is a new entertainment concept, brought to reality by Kasi Distribution, "which not only provides people with a full-on double-feature film experience but also empowers local entrepreneurs", the organisers say.

“The aim of Kasi Movie Nights is to re-ignite the culture of cinema to the masses by, quite literally, bringing our cinema trucks to their doorsteps. Our mobile theatres will move from township to township, from rural area to rural area... Our audiences, averaging 1,000 per screening, get to see a double bill of two quality South African feature films, as well as commentary and Q & As with the stars of the screened movies,” explains Jamie Ramsay, a founder of the brand.

“We want to take our films to the under-privileged areas that do not have direct access to the cinema or simply cannot afford it via the Kasi Movie Nights initiative. We believe this is set to grow our local film industry’s distribution platform, which is currently struggling to get our local films out to the people and most importantly the mass population of South Africa who are in the townships, and are in fact, not seeing our films. Thus, Kasi Movie Nights bridges the gap between the local film industry and its mass audience,” comments Ramsay.

The concept will debut at the Jabulani Amphitheatre in Soweto on 22 June 2012.

The double-feature bill will consist of the local films Skyf, a witty tale that interweaves the journeys of seven strangers who are all connected by their common addiction, and Jozi King, which is a dramatic and tense film, set in the undercurrent of the Jozi crime world, where only the strongest survive.

There are some great deals on offer on the night, such as students who are issued tags will get in free and entrance fee for adults is only R10pp. A family can buy a blanket fee of R50 whereby they can bring a blanket for their family of five to sit on and enjoy the films. Food and beverages will be sold on the evening – but no alcohol will be permitted.

The community will be given the opportunity to meet the stars and crew of the two premiered movies.

The team behind Kasi Movie Nights:

In 2010, he made the Cannes-nominated film Skoonheid, which gained him the historical title as the first ever South African Director of Photography to have his work showcased in the prestigious Cannes Film Festival.

Along with his experience, his passion and constant creative questioning, he has a network of a young technical support team, giving him the edge as a producer and further as a film maker.

Jamie is a producer for Kasi Movie Nights.

This talented young man is best known for his accomplished acting career, starring in films such as DRUM, Skyf the Movie and is currently shooting Long Walk to Freedom, but he is perhaps most famous the “My China” face of Hunters Dry. He has acted in series the likes of Wild at Heart, The Lab, Mthunzini.com and A Place Called Home, and can include long-standing, big names such as Generations and Isidingo to his impressive credentials.

He was also the Fear Factor presenter.

Thapelo is now focusing more on a producing career and has enjoyed producing Skyf and working at his company The Young Producers Forum, which acts as a forum for up-and-coming young producers in the industry.

Thapelo is a producer for Kasi Movie Nights.

She has attained her BA in Motion Picture Medium majoring in Directing and Screen Writing. Under the mentorship of Executive Producer, Member and Former chair of the IPO (Independent Producers Organisation) and Honorary Member and former Vice-Chair Person of the DFA (Documentary Filmmakers Association), Marc Schwinges of Underdog Productions, Matshepo was the Production Manager of their collaborated (Houndfilms and Fanagalo Productions) travel documentary Rough or Smooth (Mzanzi Magic)/Rof of Spog (SABC 2), in 2011.

She is not only working as a young director under the Cape Town-based commercial company Silver Lining Pictures, but is also currently in association with Silver Lining Picture’s Executive Producer Renier Ridgeway and her own Production Company MIM Productions, to produce their first series that will see her debuting as a director and producer, and is slated for January 2013.