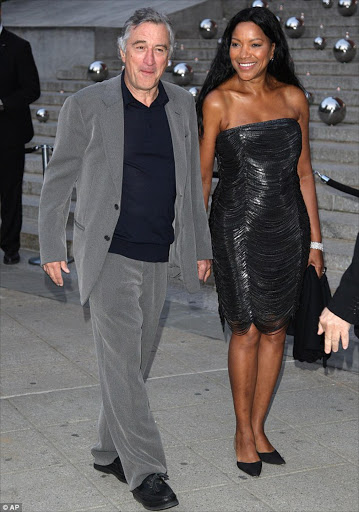 Actor and director Robert De Niro, who never finished high school, received an honorary doctorate from a college in the north-east state of Maine, the Lewiston local newspaper reports

De Niro, 68, spoke to the graduating seniors at Bates College, in Lewiston, Maine, provoking laughter with his advice to “become a movie star”.

De Niro, famous for his tough-guy image in movies like Taxi Driver and an Oscar winner, defied the normal platitudes of commencement speakers who often urge graduates to go out and change the world.

“Now, you might be tempted by other careers, other interests, other commitments. There might be pressure on you to change the world, but you want to find the strength to resist,” he was quoted as saying.

“When I started, I wasn’t a movie star, and it sucked,” he said. ”The moment I became a movie star, things started to get better.”

De Niro noted how much the doctorate would have meant to his mother, since he had never graduated high school, and joked that Bates College’s decision to award it to him may even have cheapened it “a little”.