Creating art from the Sun 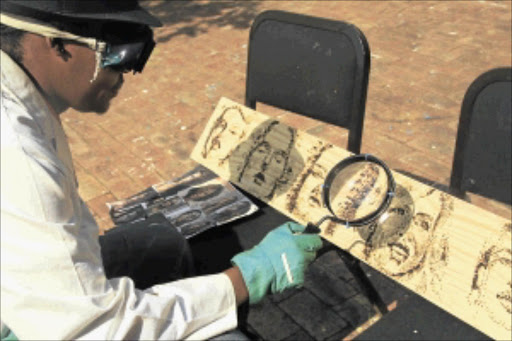 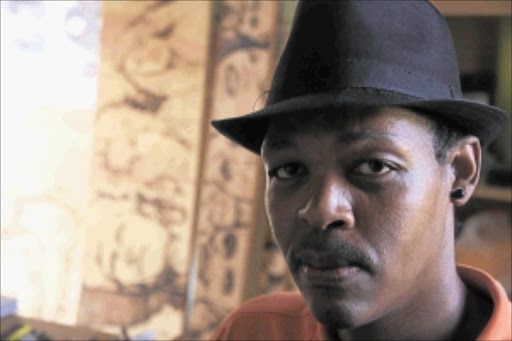 SOLAR art is fast becoming a form of artistic expression taken to new aesthetic heights in recent decades by professionals around the world.

This incredible natural media is created using nothing but the power of the sun's rays, a magnifying glass and the skill of an artist.

In South Africa, Tumelo Joy Mokopakgosi is one of the few brave individuals who are popularising it. Unlike many artists who use painting or sculpture to speak their minds, this artist captures the beauty of the world using solar power.

Under normal circumstances you wouldn't sit in the sun for four hours unless you were paid millions. But Mokopakgosi bears the heat because he wants to show his creativity and make money.

Solar artwork combines art, architecture, design and science through an artistic vision. Mokopakgosi is able to burn the most intricate patterns and portraits into wood. Apart from the aesthetics of solar art there is something compelling about taming this unpredictable source of energy.

The process includes sitting in direct heat with a piece of wood and a magnifying glass. He directs the glass to the wood, then it starts burning. Guided by the sun rays, he moves it around until it starts to create sort of an image.

Born and raised in Diepkloof, Soweto, he developed the idea a few years ago in a bid a take his art skill to another level.

Mokopakgosi says before he could master the art, he did a lot of research to see if the technique could work.

He pioneered his solar art technique to create a body of work that is striking and technically accomplished.

"I am always looking to grow as an artist," he said. "When you want to develop in this industry you do a lot of experiments.

You are always searching for something that will push you to expand your knowledge."

Mokopakgosi will introduce the technique in public for the first time when he stages his Fade to One Face exhibition at Unity Gallery from April 7 until 27.

The concept is inspired by how hairdos can create a perception that you look like someone else.

"The exhibition focuses on the broad art of portraiture, inspired by the tradition of the epic natural portraits of Mount Rushmore, in the US. I have observed the trend where people are constantly changing their hairstyles. All these faces, they fade into one."

Though Mokopakgosi explores solar art at the moment, he is able to paint and do sculptures. He completed his art studies at Soweto's Funda Community College in 2003. He then underwent teacher training in 2004.