She lives to dance 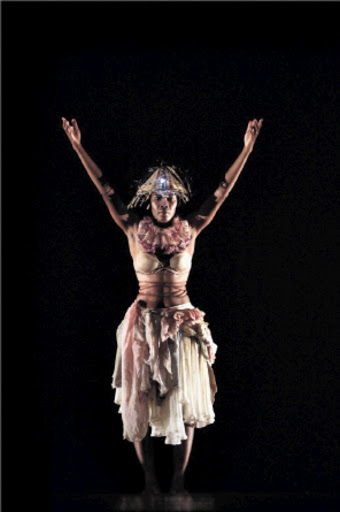 Choreographer and dancer Sonia Radebe says embracing dance has opened a new form of communication and personal expression for her.

Part of the Moving into Dance Mathopong's new season until Sunday at the Dance Factory in Newtown, Johannesburg, Radebe performs a solo dance called Inception.

Radebe's piece, which she choreographed and is dancing in as a solo, opened yesterday and it will close on Sunday.

"Motion has allowed me to express myself in a way that no other medium would ever allow me to. A body in movement does not lie because it tells stories of we human beings and includes our baggage," Radebe says.

"Inceptionpremiered at the Dance Umbrella Festival earlier this year. At that time it was 10 minutes long, but I have since made it longer. When I first performed the dance, I was given 10 minutes because it was the first time I had performed a solo.

"But the piece was well received because I shared the stage with the well- known dancer Dada Masilo. She is among the best in contemporary dancers in the country. Because Inception was featured at the Dance Umbrella Festival, I was given a 20-minute slot during this season season," she says.

"The production impressed choreographer and dancer Gregory Maqoma during the Dance Umbrella and he decided to take it to Germany this year.

"Later this year it will also be performed in Holland at a prestigious international dance festival after having impressed the festival's artistic director, James Ngcobo," she says.

She also has a strong background in community dance with the Soweto Dance Theatre.

Radebe, who hails from White City, Soweto, graduated from a Community Dance Teachers' Training course at MIDM in 2002. She was nominated for the Gauteng MEC Most Promising Female Dancer in Contemporary Style at the FNB Dance Umbrella in 2006.

In 2007 Radebe won the Gauteng MEC Most Outstanding Female Dancer in Contemporary Style and this year she won the Dance Manyano Best Female Dancer of the Decade Award.

During her time with MIDM, Radebe performed both nationally and internationally in countries such as the US, Finland, Italy, Luxemburg, Sweden, Denmark and in neighbouring Zimbabwe.

She was lead dancer in dance icon Sylvia "Magogo" Glasser's Blankets of Shame and she also had an opportunity to be an associate choreographer for Glasser's latest work, Threads, which featured talented poet Lebo Mashile.

Threadshas been performed at festivals throughout South Africa.

Immediately after the MIDM season this month Radebe will travel to Chile to perform her solo at a prestigious festival in the South American country.