Naomi Modise back to her bad habits 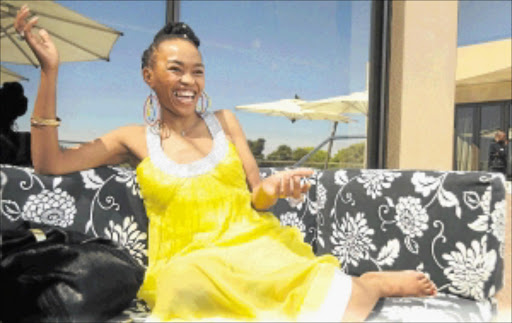 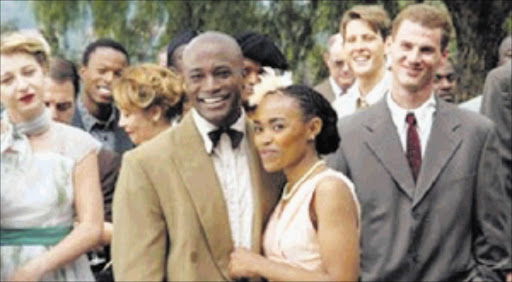 HER character of Naomi Modise is back, this is the evil one who will not stop at anything until she gets what she wants.

That is the character she portrays on the popular e.tv soapie Rhythm City.

Meet petite and pretty Moshidi Motshegwa, who has given life to her character, whose shenanigans in the show have had soapie lovers talking for many months when she abducted Miles Vilakazi and Lucilla's daughter, triggering fears that the child would be killed.

That was in the last episode. She was then sent to a mental institution but has now re-emerged.

Now that she has been released she is back to her old bad habits, playing dangerous games to get the object of her obsession - Miles, who is now in the comfortable hands of Lucilla, a role played by musician KB.

Motshegwa has been in several stage productions, more than half a dozen feature movies and countless TV series and soapies. And yet this seasoned actress maintains that the stage is one of the best training grounds.

"I think the issue of stage versus TV has been discussed at length, and the one thing that emerges is that the stage is often the best training ground for actors. As to how well one does either on stage or television depends on the character one is portraying," she says.

"Each character comes with its own challenges in terms of the intensity of its portrayal by the actor.

"The main difference, though, is that the stage is live and akin to a meal one has to cook right away, while the other is like a pre-cooked meal.

"Theatre is live and you have to do the right thing there and then and there is no flexibility of shooting and re-shooting until one gets your act to the standard that they want," she says.

During this interview the bubbling actress came out as quite intelligent, outspoken and sure of what she wants out of the business of acting.

A holder of an honours degree in literature from the University of the Witwatersrand, besides acting, which of course pays her bills, acquiring knowledge the formal way is one of her missions in life.

She has currently suspended her master's studies in literature at Wits University due to her tight acting schedule.

"I am still going back to register for my masters next year, and my dissertation will be on the representation of African women authors," she says.

"This is my passion, and I will do research in that area."

She touched on the issue of celebrities and how after garnering big audiences for TV channels, they tend to forget who they are in the middle of public attention and scrutiny.

"There is a need to redefine what we have come to accept without questioning, the celebrity status often blindly associated with people like us who work in the industry," she says.

"In this industry, just like other sectors, we are just workers who wake up in the morning, prepare our lines in the script and go to work.

"We are workers, and unfortunately we have to bear in mind that we are not employed by the huge audience figures we garner on TV through our characters but by producers and production companies who pay our salaries.

"Unfortunately for the majority of us, the whole culture of celebrity in this country has wrongly tended to define who we are as human beings.

"For example, I know of 'celebrities' who do not even own houses. A celebrity besides their own must have changed people's lives for the better."

Catch Motshegwa on Rhythm City on e.tv on Mondays to Thursdays at 6.30pm.