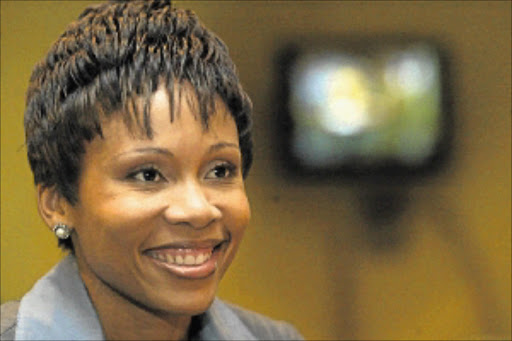 TOP actress Leleti Khumalo is bouncing back into the limelight with a lead role in the long-running community health awareness and education television series Soul City.

Ironically, Khumalo had to cut short shooting her scenes yesterday when the producers sent her home after she suffered from suspected food poisoning.

Until re-emerging through Soul City, Khumalo had not been part of any serious productions on stage or screen, since she left Generations about four years ago.

Khumalo plays the lead role of Grace, a debt-ridden township mother desperately trying to extricate herself from her situation.

In an interview yesterday she said: "I have had offers to be part of some productions in the past few years, but none of the offers appealed to me. But, this role does have a positive appeal, because it is about a positive message, and involves roles that I have played quite successfully in the past. And, yes, you can call it a break of sorts from TV. However, I have been working on some projects."

During the Soul City shoot yesterday the whole street where Grace's House, Vimbangwe Street, in Soweto's Pimville - where the fictitious establishment is situated - could easily be mistaken for a big-budget Hollywood movie set yesterday as it was overrun with cameras and celebrity visitors.

Some of the country's leading actors, including Samu Ndlovu of Generations, took orders from film director Akin Omotoso as they shot the 11th episode of the Soul City series in the sprawling township.

This episode looks at the issue of financial literacy and medical male circumcision in the context of HIV-Aids. Most of the actors who spoke to Sowetan in between shooting their scenes were unanimous that the location (Pimville) had added to the authenticity of the drama series.

"This is a script aimed at addressing issues that mainly affect people in the township," Khumalo said. "It really feels real to be shooting this episode in the township because it feels so authentic. I just love it."