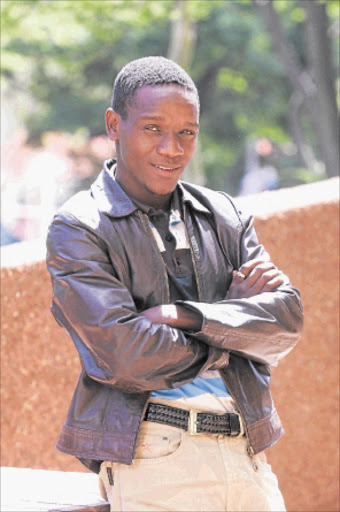 ON HIS latest album maskandi singer S'gwebo Sentambo is bitter and controversial.

S'gwebo, who was born Vela Khoza in Empangeni, is one of those musicians who is not afraid to speak his mind. In Senangenwa Ubulwane, his third offering, he sounds very peeved.

His first problem concerns people who are involved in music piracy. Though he does not see it as xenophobia, he alleges people who pirate music are mainly foreigners.

"When musicians attack the people pirating our music we get arrested," he says. "But the foreigners continue to pirate our music and they don't get arrested."

He says the deportation of illegal immigrants would help alleviate music piracy since the government does not act against the practice.

Mchunu wa recently forced by King uShaka Airport in Durban to leave his traditional shield behind on going overseas because it was said to be "infested with foot-and-mouth disease".

Sgwebo says the issue was not about the shield but how black people's culture and heritage has been overlooked and ill-treated.

"This began when President Jacob Zuma was questioned about having several wives," he says.

"Polygamy is part of the Nguni nation's traditions. I don't understand how they can stop Ngizwe because it was not the first time he travelled with his shield. It was just a way of undermining our culture."

"I am talking about men who have adopted animal behaviour," he explains. "I wonder how a father can sleep with his own daughter. That happens only with animals."