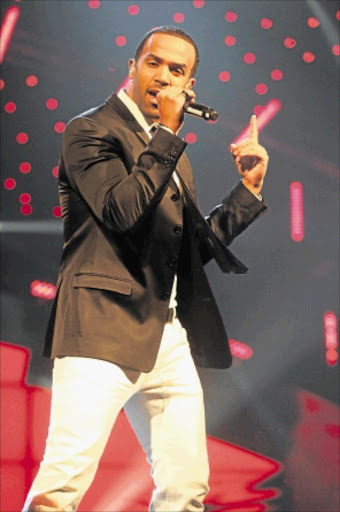 David, who flew to SA just for the Idols performance, said local stars were ready to compete in the international arena.

The handsome singer shot into stardom with his song I'm Walking Away. He joined idols judges Unathi Msengana, Gareth Cliff and Randall Abrahams to judge the contestants.

Speaking to the media at a press conference, David was full of praise for the amazing vocal ability of Cape Town-born singer Crushanda Forbes.

The remaining four contestants were really stretched to the limit last night. They performed two solos and a collaboration. Dave van Vuuren opened the show with a powerful rendition of Bruce Springsteen's Streets of Philadelphia and U2's Beautiful Day. All the judges liked his performance.

"You owned the song. The most important thing is that you were confident," David said.

Forbes then performed Céline Dion's Because You Love Me , and You Belong With Me by Taylor Swift. "The song suits you and I think it will get you lots of votes," Cliff said.

Freddie Van Dango, who survived the chop last week, was back with a better performance. He sang Kiss From a Rose by Seal, which was well received by the judges, except Abrahams who said he was not "convincing vocally".

Mark Haze delivered the Marvin Gaye classic I Heard itthrough the Grapevine and The Pretender by the Foo Fighters.

One contestant will be sent home on Tuesday. The winner will be announced on 8 October.