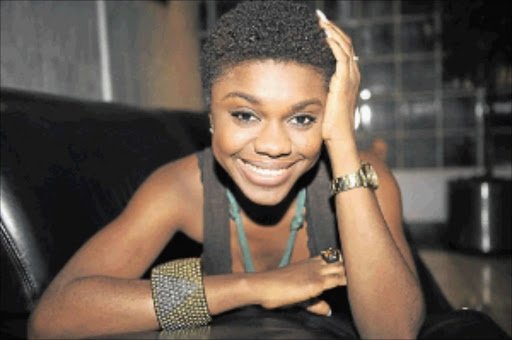 Ghana's Rebecca Acheapong is impressed by South Africans' love of their culture.

VISITING Ghanaian singer Rebecca "Becca" Acheapong, who jetted into the country to shoot a TV commercial for Globalcom, a Nigerian communications company, says she is impressed by South Africans' love of their culture.

"I also find the diversity of South African languages quite interesting.

"This is my third time here and I have picked up some words from local languages, especially in Zulu. I also know what Sharp! Sharp! means. The cultural diversity is just incredible," she told Time Out.

The singer, who does a lot of charity work, fundraising for disadvantaged children back in Ghana, will also take the opportunity to record a few songs for a single she will release later this year. But Acheapong is releasing her second album in SA, Ghana and Nigeria next month. The release of the as-yet-unnamed album will be her second, following the release of her first album, Sugar, which was well received in Ghana in 2007.

"Since the release of that album, I have had a growing fan base and that is the reason I had to release a follow-up album. Currently I am still considering a number of names for it," she said.

Born in Ghana, raised and educated in London from high school to college level, she is currently doing a course in child psychology, revealing her fondness for dealing with children.