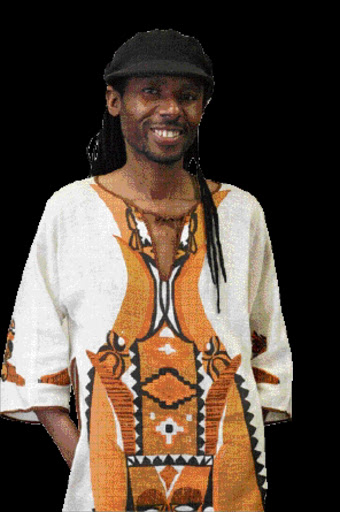 HE HAS played as a background artist for some of the country's leading musicians, including spending 10 years as part of Yvonne Chaka Chaka's widely travelled band.

But that is about to change because Rollins Mankge has just released his African soul album Maluju Africa.

Speaking to Sowetan recently, the humble musician said he had not gone solo earlier because he had had to wait for the right time - and that time was now.

Maluju Africa has nine tracks and was released last month through Rollman Records, Mankge's own label.

"I have all along been learning from some of the best musicians I have worked with," he said. "I think I am now ready to go solo. I have worked on this album with a lot of musicians who all made a contribution, so the album is a fusion of several influences."

The multi-instrumentalist SA musician was born in Kwaguqa, Witbank, a coal mining town and home of Hugh Masekela. He comes from a musical family; his father, pianist Basie Mangke of The Free Sounds, is one of the legends of SA jazz.

Rollins is a well-travelled artist, having been to many continents - mainly Africa, the Middle East, Asia and Europe - promoting the music and culture of SA.

He has worked and performed with most greats of SA music.

He spent nearly a decade with Princess of Africa Yvonne Chaka Chaka.

Other artists whom he has worked with include Vusi Mahlasela, Jeff Maluleke, PJ Powers, Letta Mbulu and Caphuis Semenya, Babsy Mlangeni, Stompie Mavi, Ebony, Gito Baloi of Tananas, Mapumba, Tu Nokwe, Tony Nguxi (an Angolan artist based in Johannesburg), The Twins, Penny Penny, Umanji and many others.

His projects as a producer and composer include the Yvonne and Friends album that contains the hit Makoti song. He also, for example, worked on Faith Kekana's Ariyeng album.

As a multi-instrumentalist he plays piano, guitar and harmonica and he also does vocals exceptionally well.

Mankge's music is a blend of world beats and rhythms, sung in IsiZulu, Sesotho, Wolof and English.

Listening to his songs you get a sense of his travels and experiences, relayed through haunting vocals and melodies.

When asked to describe his music he simply says: "This is the map of the music world. You just enjoy it no matter who and where you come from".