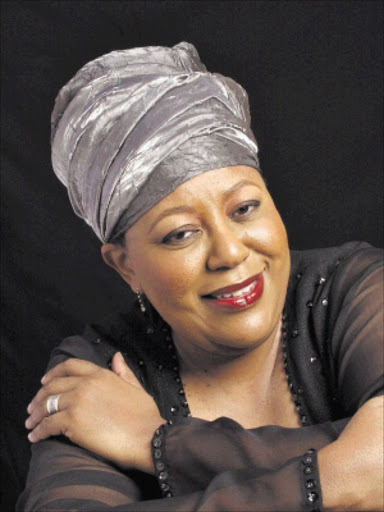 POWERHOUSE queen of versatility, Sibongile Khumalo, will perform at the Standard Bank International Joy of Jazz on the Dinaledi stage in Newtown at 9.45pm tonight.

Interrupting her tight rehearsal schedule to talk to Sowetan, Khumalo could not disguise her excitement at at sharing the stage with maestro Wynton Marsalis, Tutu Puoane and the Brussel Jazz Orchestra, and McCoy Tyner. I am thrilled, yet nervous, though looking forward to it," she said of her tumultuous emotions.

"I look forward to keeping to the jazz theme because that is what lovers of the jazz festival expect. I know people are used to my repertoire but I will perform material I have not done here in Johannesburg.

"The first time we performed this repertoire was at the Joburg Theatre and people liked it. Interestingly, the crowd comprised mostly Joy of Jazz die-hard fans.

"They did not mince their words when they told us they were looking forward to the opportunity to hear the material again at the International Joy of Jazz Fest," she said, adding she hoped the audience would enjoy one or two familiar pieces.

"People should come with an open mind, as well as open ears to experience our set."

Khumalo said she had two special guests in her show: Sifiso Khanyile, who will launch his debut CD in November, and her son, Tshepo Mngoma, who she had not worked with for a long time.

Her band, which made her "shine", she said, included Mdu Mtshali on piano, Themba Mokoena on guitar, Thembinkosi Banda on bass, Skhumbuzo Mbhele on drums, and Kuki Mncube and Mahalia Buchanan on vocals.

The talented Khumalo might not have released an album since 2009, but has just come back from a three-city tour of the Jazz Gospel Cantata, called Coming Home, which was produced by Isak Roux in Cape Town, Durban and Johannesburg.

"I went to Luanda, Angola, to perform at the Luanda International Jazz Festival. It was more than fun. We barely dragged ourselves back home.

"Part of our new material will go into the new album that is going to be released through my label, Magnolia Vision Record," Khumalo said.

Aside from music, Khumalo is involved with her late father's school, the Khongisa Academy for the Performing Arts, which is putting together a festival that will highlight the works of the Khabi Mngoma Foundation in KwaDlangezwa in KwaZulu-Natal.

"Our show is an exploration of all facets of love. Bring your better half because love will be in the air," says the musical genius, who has eight albums under her belt.

Khumalo is also a member of the Performers Organisation of South Africa.