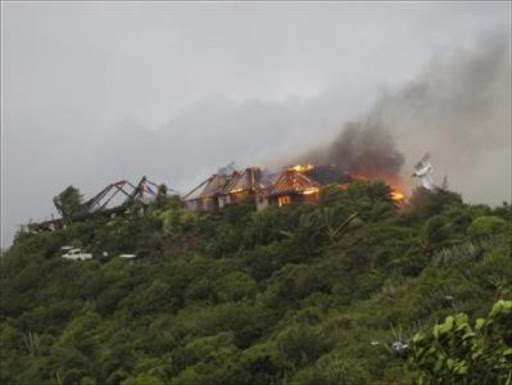 British Oscar-winning actress Kate Winslet was among the guests who escaped unhurt from a fire which swept through Richard Branson's Caribbean holiday retreat, the billionaire said

Branson said the blaze was caused by a lightning strike on The Great House on Necker Island, and that the building was completely destroyed.

Branson, his wife Joan and son Sam were staying in a nearby property, but among those who fled the affected building were 35-year-old Winslet, her boyfriend and family, Branson's mother Eve and his daughter Holly.

"Around 20 people were in the house and they all managed to get out and they are all fine," Branson said in comments released to the British media on Monday.

"We had a really bad tropical storm with winds up to 90 miles per hour. A big lightning storm came around 4 a.m. and hit the house.

"My son Sam rushed to the house and helped get everyone out. Kate Winslet, her boyfriend and her family were there and Holly and some of her friends were also staying. My mother was there and they managed to get her out and she is fine."

He said his office was based in the main house, and that he had lost thousands of photographs in the fire.

Branson added that he planned to rebuild the property, which British media said had been expected to be the venue for the marriage later this year of Holly to fiance Fred Andrews.

Necker Island is part of the British Virgin Islands and is privately owned by Branson.