Nthati - actress for all seasons 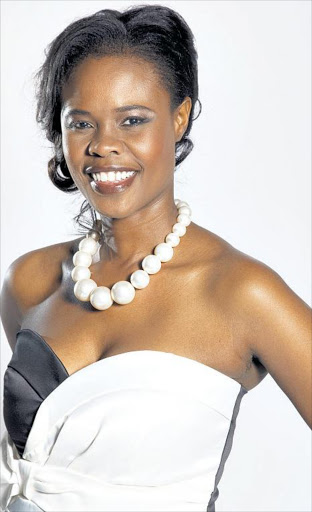 SEASONED actress Nthati Moshesh has emerged over the years as one of the country's most prolific thespians, with a solid following among TV fans. But her current role in Scandal, as Morongwe Molefefe, has in a big way cemented her foothold in soap-land

From Mondays to Thursdays, soapie fans get glued to their screens, watching the goings-on in the make-believe world of Scandal, with Moshesh playing one of the central roles in the series.

Her character is a hard-headed NZH HR-Corporate strategist, a shareholder in a company, undergoing long-term medication-therapy for depression and an ex-national intelligence agent.

Molefefe is also the mother of twins Thabang and Kgomotso. But Thabang has been kidnapped, turning Molefefe's world upside down.

The always composed and sensible, Molefefe has become a good woman gone bad because of her loss.

As a mother who once put her children before everything, revenge has taken over her sensitive and honest nature.

But because of her deep love for Kgomotso, she's prepared to fight for her daughter.

Her other prominent TV credits include lead roles in Soldier, Soldier,Gaz'lam;, Interrogation Room,TheDeafening Silence and Scout's Safari (for the US Discovery Channel), Snitch, and Homecoming.

She also made a name for herself on stage before launching herself in TV and film.

The actress was born in Katlehong on the East Rand in 1969. She matriculated at St Andrews Girls School in Bedfordview and is a graduate of drama from the Vaal University of Technology.

One of the highlights of her career was the first film she did on location in Zimbabwe, Kini and Adam, which was on the official selection list for the 1996 Cannes Film Festival.

Some of her film credits include a lead role in Anant Singh's The Long Run and in 2002 she appeared in the film Kin, starring Miranda Otto and Isaiah Washington.

Her other film credits include roles in Beat The Drum (2003), Round Trip (2003, in which she had a starring role as a Nigerian woman hired as a nanny by an Israeli couple, only to have a lesbian affair with the wife), and Cape Of Good Hope (2004).

She has also acted in the mini-series Human Cargo (2004) - for which she won a Canadian Gemini Award (the Canadian equivalent of an Emmy, in 2004) for her role as Odette in Human Cargo, as well as the award for Best Performance by an Actress in a Featured Supporting Role in a Dramatic Programme or Mini-Series.

She also appeared in the Dutch feature film The Seven of Daran: Battle of Pareo Rock (2008) and played the role of Blessed in two episodes of the British drama series Silent Witness, also in 2008.

In Monday's episode of Scandal, Shakira and Morongwe aren't happy with the new post-voice status quo.