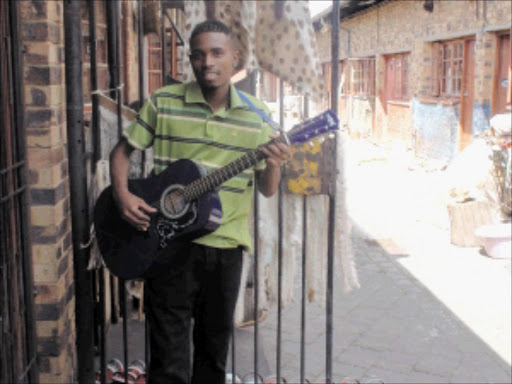 WITH his sense of humour and uncanny ability to probe as well as question thorny issues without raising people's ire, maskandi singer Imfezi Emnyama is a talented musician.

The uplifting album has a distinct and impeccable sound as well as rhythmic melodies.

The album relies heavily on its mbaqanga base that is fused with ushameni.

Unlike the famous kwaito song Jezebel, about a woman who falls in love with all the DJs, Mdlalose says his song tells women to respect themselves.

"I know about the Jezebel, who loves all the DJs. In my song, however, I do not praise her for her behaviour," Mdlalose says.

"I have taken the subject further. I am looking at how women regard promiscuity. Some of them drink alcohol as if it were a new drink," he says.

He says his music is inspired by the simple things in life.

"My music is about the way I view issues like humour people use to deffuse difficult issues, and the language of love. I also focus on the youth, some of whom seem to have lost touch with their identity and culture," he says.

Mdlalose started playing guitar at the age of nine. His father taught him to play the instrument.

He started his career in 2009 when he came to Joburg. In trying to establish himself, he founded three maskandi groups, Amabunjwa, Shilisi Mendiya and Amaqhawe, but they did not do well.