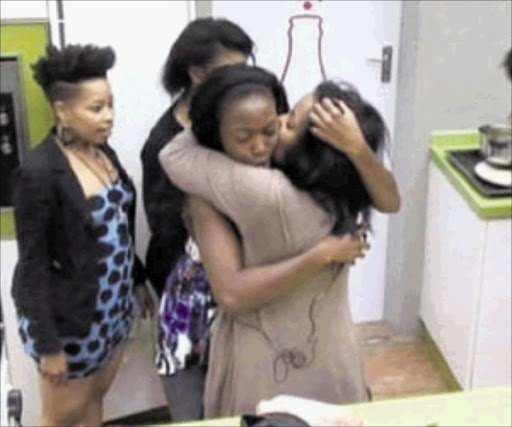 The plotting, manipulating and back-stabbing is under way in earnest

Immediately after the move had been effected, claws started coming out. Housemates were turning to long-lost friends or entering into new alliances.

The plotting, manipulating and back-stabbing began in earnest as housemates paired off with those that will advance their cause towards winning the coveted $200,000 (about R1,3 million) prize money.

Alex, aka Charlie from Ghana, shamelessly showed his desperation when he initially made a move for Kenya's Millicent. He told her she was the one since she was the first person he kissed in the house before they were separated. He made her believe they were a team and should collude in winning the coveted prize money.

Come Monday night, he spends the night with Botswana's Ms P and the smart lass leads him on. She told Alex that he could increase the stakes but would not reveal how. She insisted that she needed to trust Alex enough and to be sure that he was not playing her or using her as a means to the attainment of the money.

Angola's Weza and Ethiopia's Honey looked cute as they reunited again. They sat together like a family, with SA's LuClay calmly enjoying the moment.

As her people, the Nigerians, would say, Vina is a shameless liar. She kept on telling anybody within earshot that she never meant to have Felicia evicted. But everyone knew there was no love lost between the two.

This Sunday there will be no evictions, giving the 16 housemates time to get up to their shenanigans.

By the end of next month, there should be only four housemates battling it out for the top prize.