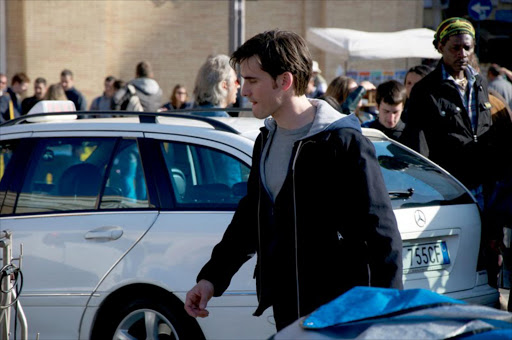 ANTHONY Hopkins saves The Rite from being thrown straight into the B-movie bin.

As Father Lucas Trevant he depicts the same devilish appetite he displayed as Hannibal Lecter in The Silence of the Lambs.

He's a holy man who borders on evil and is in the end possessed by the devil. The Rite is, in fact, on good terms with Lucifer and sets the perfect scene for his shine.

It's raining nonstop and there are frightening thunderstorms, symbolising that the devious one is out and about and will attack at any minute. The mood is sombre and somewhat heart-rending. It verges on scary but not quite. You won't have to hold on to your seat as if you're part of the action. You'll be fine, flick fan.

The demonic growls of Rosaria (Marta Gastini), a devil-possessed, pregnant 16-year-old who was raped by her own father, might send shivers down your spine but you'll certainly handle that with ease too.

The Rite is rife with questionable intentions. A young man, Michael Kovak (Colin O'Donoghue), with shaky faith becomes a priest for the wrong reasons but resigns soon after being ordained, leaving his superior, Father Matthew (Toby Jones), perplexed.

Father Matthew tracks him down and convinces him to return to the priesthood and attend an exorcism course in Rome for which he will receive a $100000 (R687000) student loan.

While attending classes, Michael meets (and is attracted to) Angelina Vargas (Alice Braga), a journalist who intends to write an article about the course.

Michael is introduced to Father Lucas, a renowned exorcist, so that he can witness exorcism in practice on Lucas's pregnant patient, Rosario. Things don't go well, Rosario miscarries and Lucas is possessed by the devil. Michael's once-powerful faith is given a furious test when he battles the evil master.

The movie is dull and depressing, save for the talented Hopkins. Its cinematography attempts to frighten us, with little success. I feel it could have pushed the exorcism button a bit further and scared the hell out of us. For that let's blame the weak script.

Look out for the award-winning Life, Above All. Mzansi seems to be thriving on producing films that make international judges' hearts sink. Life, Above All is the story of 12-year-old Chanda, whose newborn sister dies as a result of Aids and the prejudicial rumour that springs up in her village.

The movie stars first-time actress Khomotso Manyaka (Chanda) and Lerato Mvelase (Lillian, her mother). Sad and absorbing, it preaches a message of hope and healing.