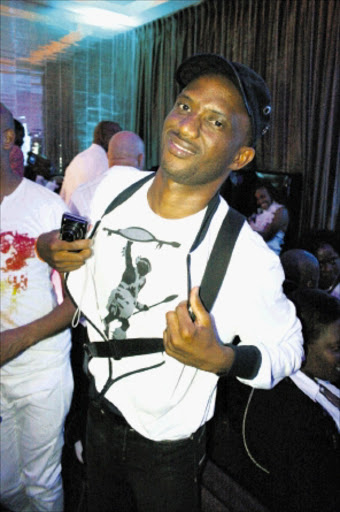 IF TRUTH be told this country has been deprived of good comedy shows for some years now.

Many "comedians" have tried, only to irritate us with their silly jokes about which they laugh themselves.

Yep, a few have tried and fell flat on their faces. And now we hear that David Kau is about to host a Tuesday night comedy show on BBC Entertainment from next month.

This is welcome news but should be received with caution for various reasons. Firstly, because, according to the press release, the show will be peppered with British humour, which sometimes just does not gel with the majority of South Africans.

But it is welcome news nevertheless because Kau has had a good run as a comedian. He has established himself as a serious comic.

Kau has over the years enthralled fans with his laugh-a-minute material on his shows.

But it also needs to be mentioned that he somehow only gained popularity when he consistently poked fun at President Robert Mugabe of Zimbabwe.

He even featured on the Pure MonateShow with fellow comedian Kagiso Lediga. The show never really did as well as expected and was soon canned by the public broadcaster.

But now Kau has the enviable task of hosting a British comedy show. We are told the show kicks off with a once-off premiere with Jack Dee: Live at the Palladium.

The series will introduce a stand-up comedy, Live at the Apollo, featuring the biggest names in British comedy each week. It will feature big names such as Michael McIntyre, Rob Brydon, Gina Yashere and Rhod Gildert.

This will be followed by a third series of the sitcom Grown Ups, staring Sheridan Smith and Warren Brown.

The producers promise: "David will write and film an introduction to the programmes, giving his own take on the acts as well as appearing in a number of promotional trailers for the Tuesday Comedy Night.

"These will begin to air on BBC Entertainment three weeks before the programmes is broadcast."