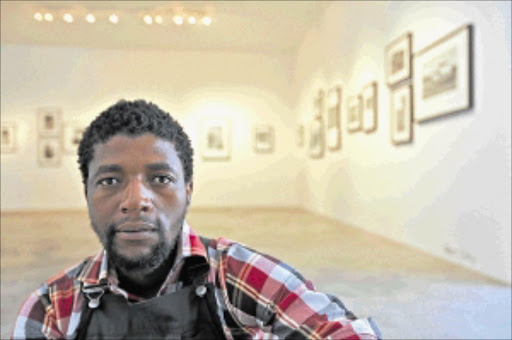 This is shown by the fact that in recent years more local artists are exhibiting their works internationally. One of these is photographer Sabelo Mlangeni.

Born in Driefontein, Mpumalanga, Mlangeni has been included in a group exhibition, Afropolis, at the Rautenstrauch-Joest-Museum in Cologne, Germany. The exhibition has been running since last November and ends on Sunday. It showcases five African cities - Cairo, Lagos, Nairobi, Kinshasa and Johannesburg.

The curatorial approach highlights the scientific and artistic concepts, not only exploring urban histories and recent developments, but also presenting 30 artistic viewpoints on issues of urbanity about the five cities.

The result is a remarkable combination of scientific and artistic research that documents the artistic reflection. The works shown at Afropolis include graphics, painting, photography, sculpture, installation, film and video art.

As part of the exhibition Mlangeni, who was trained at Johannesburg's Market Photo Workshop, presents inspiring photos of Johannesburg.

In his work Mlangeni shows the city and its inhabitants in unobserved moments in their everyday lives. He looks at night life, goes to people's private spaces and also follows their ordinary routines.

His series is built on the intimacy of the encounter between the subject and photographer.

In one of his series, included in the exhibition, that were created in June last year, he captures moments beyond and after the turmoil and excitement of the Soccer World Cup which was staged in South Africa.

Mlangeni provides the viewer with a sharp, incisive insight about people living in the city.