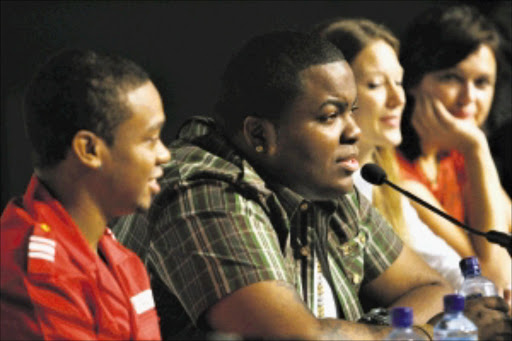 Kingston, whose real name is Kisean Anderson, says he will dazzle his fans tomorrow and Saturday at Emperors Palace's Centre Court.

The star, who was born in Miami but raised in Jamaica, is in South Africa for the second time.

The Beautiful Girls hitmaker has a worldwide fan base and thousands of fans are expected to attend the concert where he will share the stage with local band Jax Panic, whose real name is Jacobus van Heerden.

Kingston said: "I feel blessed to be in South Africa once again."

The 21-year-old singer says he will dish out all his famous hits during his performance.

Kingston says when he was growing up his role model was Bob Marley.

"I grew up listening to reggae and dance hall music. Marley was one of the people that I looked up to."

Kingston, who used to be chubby, reveals he is now living a healthy life.