Ximba will be missed 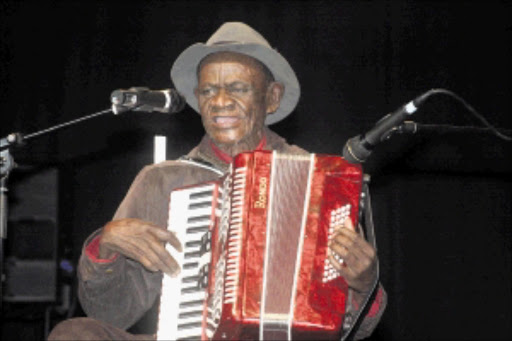 Born on October 13 1939 in Mandeni in northern KwaZulu-Natal, he grew up in Pietermaritzburg where he attended school at Mtulwa Primary. He dropped out of school due to his love of music. He taught himself how to play the concertina.

Ximba, pictured, will be remembered by many of his fans for his sexually-explicit lyrics which led to national radio stations rarely featuring his music. Nevertheless, his records outsold those of his more conservative colleagues.

He came to the attention of the music-loving public in the 1970s when his performances included skits with female dancers to amuse the crowds.

He took the music industry by storm in 1992 when he released his debut album titled Siyabakhumbula which subsequently sold over 100000 copies.

Ximba's music was a mix of township sounds, maskandi and the traditional beat of Zululand. His sly and raspy voice was heard mostly in townships and taxis.

"He was a humble and witty raconteur and will be solely missed by the family. He loved entertaining people and knew that he inspired a lot of today's artists," Ximba's fiancée Thembisile Dlangulela said.

In 2008 Ximba was awarded the Heritage Arts Award by the Daily News newspaper for his contribution to the country's musical heritage. A year later he disclosed that he was HIV-positive.

He took part in HIV-Aids awareness campaigns in and around Swayimane.

He was a staunch member of the Twelve Apostolic Church in Swayimane. He was married three times and at the time of his death, was engaged to his first ex-wife.

His former manager Koolcat Gumbi said before his death, Ximba had been working on a comedy DVD and was still looking for funding.

Ximba is survived by his fiancée and two daughters.

Funeral arrangements have not been finalised.