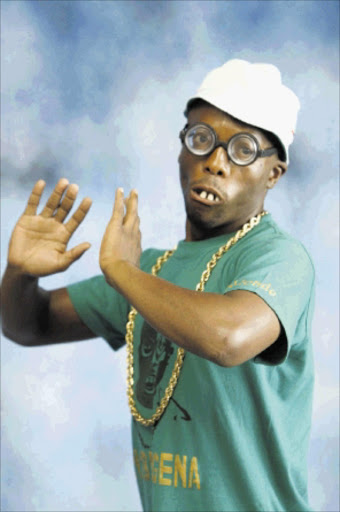 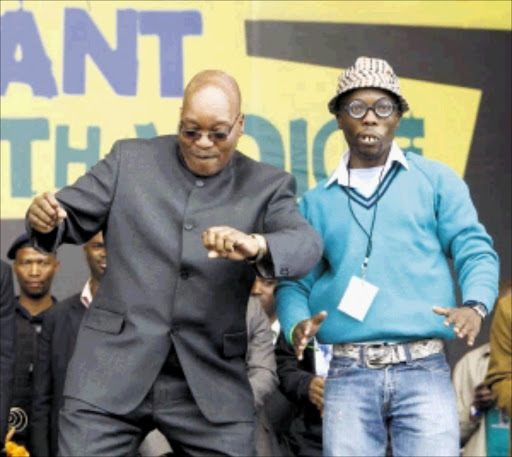 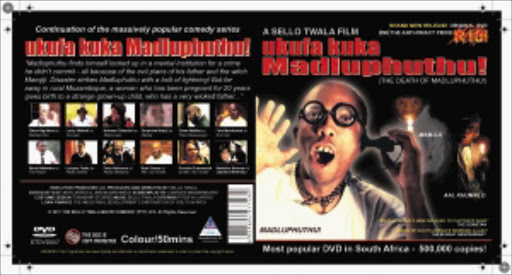 FOR YEARS it has been a formula that worked like a charm. A grown-up as tall as a midget, sometimes with an irritating running nose, had won the hearts of many in the townships and elsewhere across the country.

Overnight he became a movie star despite his protruding teeth. People loved him though he played the character of a retard.

He would grace occasions as this character and women would welcome him. Some would even let the naughty in him put it over them.

He is the personification of a township hero, celebrated for doing absolutely nothing but spreading his charm and silly jokes.

He has even dined with the country's president - and rubbed shoulders with the who's who of the entertainment and business fraternity.

But most people don't know the real Madluphuthu. His birth name is Vuyo Oscar Mgudlwa from Daveyton, on the East Rand.

His father passed away when he was 13 and his mother raised him and his three sisters. She, too, has since passed on.

Perhaps nagged by the celebrity bug, he struggled for 15 years to make his mark and released an album with Mina Nawe's Man Child in 1998.

The kwaito crowd will also remember the guy who worked with Mapaputsi in 2001 and who popularised Mapaputsi's Izinja Zakhona song.

On his own Mgudlwa released two albums that flopped, forcing him to eke out a living working part-time, including "as a floor boy" at Pick n Pay.

He is the product of a low-budget movie pioneered by former musician-turned-filmmaker Chicco Twala. Since the establishment of Moruti was Tsotsi, starring kwaito artist Senyaka and produced by Twala, local movies which told simple township stories have been dominating talks in taxis and on trains.

This market had previously been dormant, but Twala and his colleagues in the industry, have taken charge and revived it.

The obvious evidence is the popularity of Madluphuthu.

The sad news, though, is that Madluphuthu is dying today with the release of his new movie Ukufa ku ka Madluphuthu, which hits the streets as you are reading this article.

After years of wowing movie fanatics with his antics the legendary character will be no more. Many will remember him in movies such as My sh*t father and My Lotto Ticket,Madluphuthu 1 and Madluphuthu 2.

But as we bid our beloved hero farewell, we welcome the new one in Phuthe, whose role will be played by the same man.

"It's basically the same character with a different name. The only difference is that Phuthe was born in a foreign country to another family.

"Otherwise they share a lot in common and go through similar tribulations. Phuthe is also disliked by his father, just like Madluphuthu," says Twala.

Perhaps his fans will just have to get used to his new name Phuthe.

Twala says the new movie is the launch of Madluphuthu's series and in a concerted fight against piracy; the production company will be deploying personnel on street corners to sell the movies.