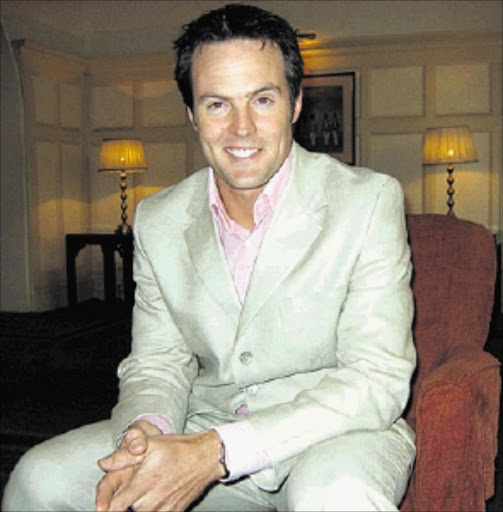 WHILE the Miss South Africa pageant is very popular I bet many people don't even know who the current Mr South Africa is.

Pageant organiser Pieter Cornelius admits that there is no hype around Mr South Africa.

"Miss SA has big sponsors, unlike our Mr SA pageant," he says.

Mr South Africa will take place on March 13 at the Silverstar Casino in Mogale City on Gauteng's West Rand .

Started in 1988 as a once-off event, Mr South Africa became an annual event in 2002 after current organiser Susca Stemmet bought the pageant.

Cornelius says winners do get attention, depending on where they are based.

"The present Mr South Africa, Denver Burns, lives in Port Elizabeth and is a real celeb there," Cornelius says.

Simon has established himself in the US . After winning the title in 1992 he landed a big role in the local soapie Egoli . This role opened international doors for him and he moved to Los Angeles and got a part in the TV series Nash Bridges . He also acted as Ba'al on Stargate SG-1 and the the Russian Sniper Show .

The 1996 winner who also found a home on television is Mol, who presented Top Billing on SABC3 for many years. Mol, who is a doctor, now hosts the SABC3 breakfast show Expresso .

Volsteedt, who won in 2000, joined local rock band The Benjamin Gate, which moved to the U S in 2001. The group parted ways in 2003 and Volsteedt pursued a modeling career.

Muller, the 2006 winner, got a part in Egoli . At present he is a motivational speaker and celebrity presenter.

The 2008 winner, Ventura, is a famous model and has presented the lifestyle magazine show C.I.G.A.R.E on SABC3.

Voigt, who was Mr South Africa in 2007, is currently presenting Pasella on SABC2.

Phororo, who won the title in 1997, presented Rumba in the Jungle and World Dance Sport Championship . Phororo has also featured in many television commercials.