Nonhle to display her many faces 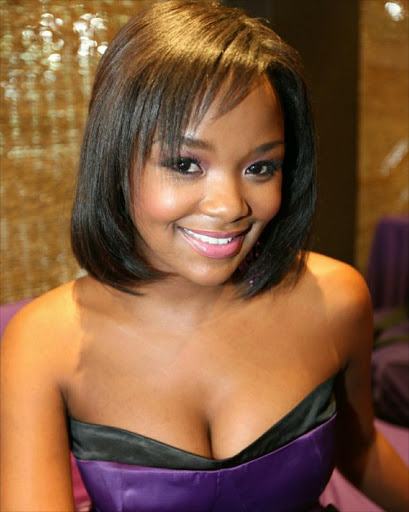 NONHLE Thema, who is back in the country after months in Hollywood, will soon be the first South African to have her own reality TV show

The former Channel O presenter and the face of Dark & Lovely, will premiere her Nonhle Goes to Hollywood on DStv's Vuzu Entertainment channel on February 9.

Though she still travels back and forth between Johannesburg and Los Angeles, trying to crack the movie and entertainment industry there, she has promised fans and interested viewers an "inspirational" journey.

"The show has actually been a year in the making and I felt, along with the people around me, that it was time to take my brand to a global scale ," she said.

The series will show Thema's trials and tribulations on the Tinseltown social scene.

She admitted that she finally stopped "freaking out" when she met US celebrities after about eight years of reporting from the biggest parties around the world. She has encountered the Kardashians, Justin Timberlake, actor Boris Kodjoe, rapper 50 Cent and media mogul Ryan Seacrest, and shared a gym with US singer Ne-yo.

"It's time for my fans who have been with me for the past eight years to see all of my different faces. I have many alter-egos and different layers that come with me that they don't get to see - be it when I'm at home or working and making big decisions," she said.

Thema said the show would include her "challenges" with agents and people who questioned why she was "on their TV screens". Others had reservations about her being African.

Thema, daughter of actress and beauty queen Cynthia Shange and journalist Derrick Thema, hinted that the show may continue beyond the first season, which consists of eight, 30-minute episodes.