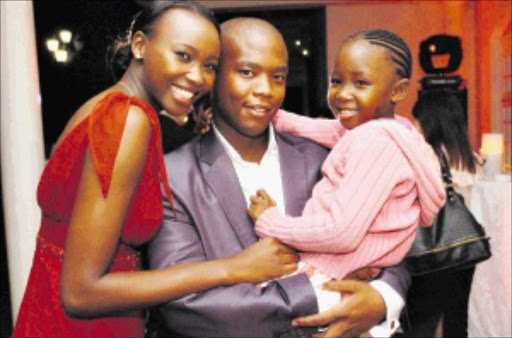 MODEL and businesswoman Lerato Moloi is getting divorced from her husband of one year.

Moloi and husband Sibusiso Hlatshwayo are "separating due to irreconcilable differences" and see it best to end their marriage.

"It's hard when you realise that you have grown apart and you don't want the same things," Moloi said.

"We parted on good terms and he's a good man and a wonderful father."

Though Moloi is devastated by the separation, she still wishes Hlatshwayo all the best for his future..

"We met as friends and we will remain friends and I pray that he finds the happiness he deserves," Moloi said.

Moloi and Hlatshwayo were high school sweethearts, long-time friends and have two children together.

Moloi's modelling career started in 1999 when she was just 17 and in February 2009 she became the first black face of international cosmetics Elizabeth Arden.

In 2000 she made international news when she was turned away from a New York modelling agency, which told her that she was "too fat" to be a model in the cut-throat American industry.

She was also a finalist in the M-Net face of Africa competition in 2002 and has worked in countries such as China, Nigeria, Australia London and New York.