This little lad is going to go far 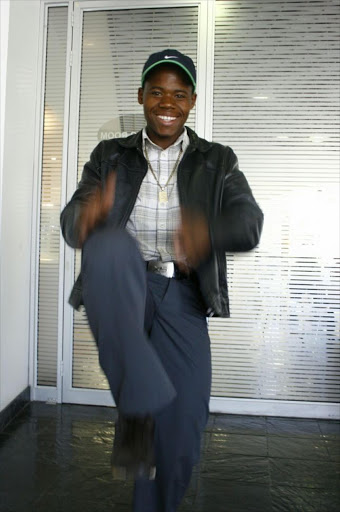 The 16-year-old has just released his second album, Bayavungazela.

The young Khuzwayo is passionate about music. Bayavungazela boasts 16 fresh and exciting songs that he composed himself.

In this album he has taken his song-writing skills to another level. The young guitarist has been composing music since he was 13 years old.

In Baya-vungazela, the young maskandi singer has grown in terms of tackling issues that affect both the young and the old. He touches on issues such as HIV-Aids, alcohol abuse, love and the importance of education.

"Some of the songs, such as Amakhono Ethu, are very personal. I am trying to pass on the message that people need to appreciate that we all have different talents. When some people see and hear me singing they think they can also do it. This is a God-given talent. I know I am going places," he says.

"On the issue of alcohol I believe people should drink responsibly. When parents get drunk, they do things that they were not supposed to do in front of kids," Khuzwayo says.

He says he will never allow fame to go to his head.

"I will focus on completing my matric. I am not sure what I want to study, but I will go to varsity," he says.

Asked why he chose maskandi music, Khuzwayo says: "I grew up listening to African traditional music so this music was my first choice. I have seen my father become successful at what he does with his group and I want to be like him," Khuzwayo says.