Reflections of a modern SA 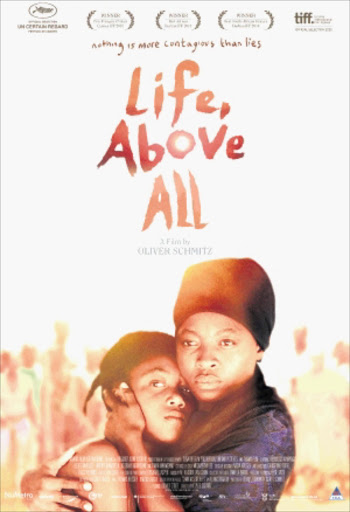 A NEW South African movie about how one little girl fought the stigma attached to those suffering from Aids is to hit the big screen in the new year.

Called Life Above All, this is an emotional and universal drama about a young girl who fights the fear and shame that has poisoned her community.

The film captures the enduring strength of loyalty and a courage powered by the heart.

Directed by Oliver Schmitz, it is based on the international award winning novel, Chanda's Secrets, by Allan Stratton.

The story is simple and straightforward. In the small dusty town of Elandsdoorn, a South African township not far from Johannesburg, life is simple and serene. A prevailing sense of deep pride tightly bonds together the entire community - but those who step out of line had better look out.

The 12-year-old Chanda is a hardworking promising young student with a bright future, but her life changes dramatically when her baby sister unexpectedly dies. Heartbroken, Chanda's mother, Lillian, in turn becomes severely ill.

Her stepfather drowns himself in alcohol, leaving the young girl to take care of her two young siblings.

Suspecting that the community's irrational ostracism has to do with her mother's illness and the death of her baby sister, Chanda demands answers but is met with a stubborn silence.

Unwilling to bear the weight of the secrecy any longer, Chanda sets out to face a deeply ingrained, unspoken taboo.