Akhumzi is on top of his game 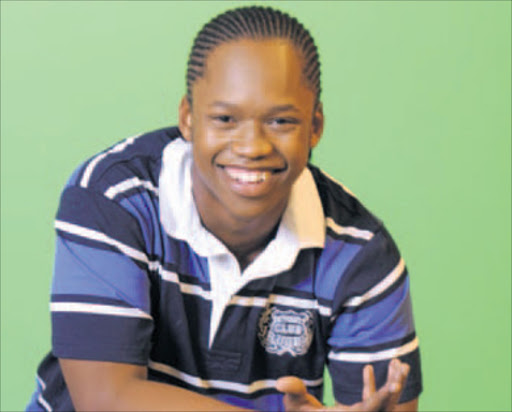 HE IS one of the guys who is responsible for entertaining the kids while mommy and daddy have a little "grown-up time" in the bedroom.

Mthatha-born Akhumzi Jezile has become part of TV room furniture in many homes. He has made a mark for himself and the mention of the name "Akhumzi" to YoTV-landers inspires ecstasy and bliss.

"Knowing that I am changing lives of kids out there, be it through entertainment or education,makes me sleep with a smile every night."

Jezile is not only insightful, he is also often hilarious and known for his silly jokes.

Since his youth, the 21-yearold has always known that he is a natural-born entertainer.

"I used to play acting games with my cousins and that is what made me realise what my calling was."

He says his break came when his family moved to Johannesburg for better opportunities.

"The first time I set foot in Urban Brew Studios was more than three years ago in February 2007. At the time I had no idea what the difference between a Beta and a VHS was. To me, all tapes looked the same. But I've always loved TV and the magic it brought with it."

Jezile says he was a huge fan of YoTV and spent most of his time glued to his TV set watching it.

"I then came into their studio to be a CCK (caller count kid). It may not have been seem as much by many, but to me it was an experience worth bragging about. Time went by but my love for television never died. Knowing that I was probably too old for it, I kept on calling the producers of YoTV to be a guest presenter on Wild Room. Finally they called and booked me to come to the show. That was the second time I went to Urban Brew."

Fast forward to 2010 and Jezile has assumed more responsibilities in his job and his crew has grown from just himself and an editor to cameramen, control room, riggers and contestants, whom he says brought their own headaches.

His true breakthrough was when he was given the opportunity to produce the biggest show on YoTV, The Big Breakfast.

"I have achieved a lot of things. I interviewed international stars like Emma Watson, Mary J Blige and Black Eyed Peas. I travelled to places I never thought I'd go to. I was voted as the biggest and most popular kids show presenter for 2009/2010."

But Jezile says the road does not end here: "I still have energy to explore more and grow more. I have used every opportunity that has come my way and am always finding ways to improve myself."