Movie Review: Why Did I Married Too 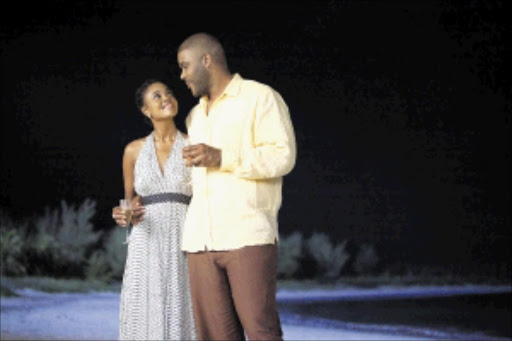 I HAVE a lot of respect for Tyler Perry for what he has achieved as a black film-maker and I think he has done better than Spike Lee, as another favourite black movie mogul.

Title: Why Did I Get Married Too?

But let me stop flapping the race card for a minute and be realistic about Perry's Why Did I Get Married Too? - a sequel to his successful Why Did I Get Married? (2007). Truly speaking if I were him, other than keeping the original cast, I would have introduced a new couple to play on the 'too' part of the movie.

By 'new couple' I mean a fresh, young couple - say in their early 20s - to float an interesting, realistic and dynamic dimension of getting married 'too young' and 'too soon' - 'not ready', as society (older generation) deems fit.

By 'new couple' I'm not talking about old people and I still can't believe what Mr Perry has gone and done to spoil a great concept. I guess in his mind, he's getting old and losing his touch and as the Terry character in the film, he already kind of sees himself growing old with his wife Dianne (Sharon Leal).

So he brings in an old couple in Louis Gossett Jr, who plays Porter and his wife Ola, depicted by the ever-beautiful Cicely Tyson in the movie.

A younger, madly in love but 'confused' couple, would have done the trick and 'groomed' them to take a bigger role in Why Did I Get Married Thrice?

Yes, I'm giving Mr Perry his next sequel title to make his life easier - all he has to do is pay me for my originality (ha, ha, ha). Of course, married people going through hard times do need 'words of wisdom' from older people but bringing them into this movie, dulls the sequel's direction and doesn't encourage one to look forward to sequel No.3.

Oh, but I love the Mike (Richard T Jones) surprise. Mike is Sheila's (Jill Scott) former full-of-himself, cheater husband, who treated her like dirt and refused to share a seat on the plane with her in Why Did I Get Married?

As you may recall, Sheila is now married to Troy (Lamman Rucker). But when Mike rocks up out of the blue, we know there's going to be trouble in the Bahamas resort. This is where the four couples are meeting this time for their annual one-week reunion-cum-retreat, to discuss how to improve their relationships from personal lessons.

Troy is having difficulty finding a job and Sheila is trying her damnedest to console and encourage him. Terry suspects that Dianne's new sense of happiness is because she's cheating on him, which is true to a certain extent.

Angela (Tasha Smith) thinks her sportscaster hubby Marcus (Michael Jai White), flirts too much with a throng of his female fans to remain faithful to her. She might be right but one can't judge the book by its cover. These two can't stop arguing as usual.

Author Patricia (Janet Jackson) and Gavin (Malik Yoba) portray a false image of their crumbling marriage - all is not well; it's an explosion waiting to happen.

"The Rock" (former wrestler Dwayne Johnson) makes a cameo appearance as a philanthropist and a secret admirer. I bet we' ll encounter more of his frame in Why Did I Get Married Thrice?

The first comic half of Why Did I Get Married Too? is not funny at all. The dramatic second half is OK.

Mr Perry, you can do better than this. It's a D-movie that must be deconstructed, re-scripted and re-shot.