Where the smart set can lounge at leisure 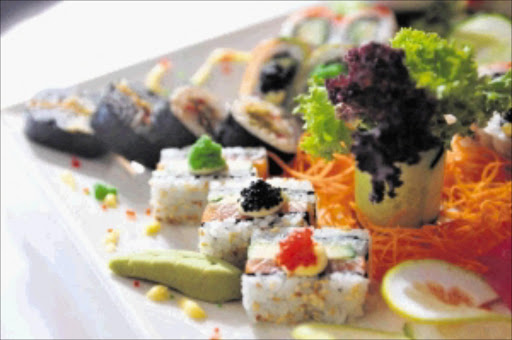 I HAVE had kingklip many times but it never tasted as delicious as the one I recently devoured at the Maxim Lounge in Sandton.

Located on Nelson Mandela Square, this is Sandton's most elite wine, whisky and cigar bar. The cigar prices are as ridiculous as puffing away something that you don't even inhale.

My taste buds could have been tickled by the fact that football legend Pele dined at this eatery during the recent World Cup. Or it could be because even Cristiano Ronaldo also dined there.

Or it could be because this is no ordinary joint. Here they serve the most expensive wines in town. I was shy to order a glass despite being there by invitation. My jaw dropped when I was shown a bottle of tequila, a shot of which will put a hole in your pocket.

Maxim Lounge has all things classy - if you can afford it!

Staffer Oswald Musunda tells me that the clientele is mostly your black elite.

"Most of them are politicians who leave large tips.They normally hang out at the cigar bar.

"The World Cup was very good to us. We were always packed. We had the Portuguese squad here. It was interesting to meet stars like Ronaldo, who was mobbed by dozens of women while he was here.

"The legendary Pele also dined here. I can't remember what he had for dinner or lunch but he came here quite often. A lot of Spanish players also came here," Musunda boasted.

The restaurant offers mainly French cuisine with an emphasis on Mediterranean dishes. While I was enjoying my kingklip my partner had the lamb shank and the temptation to have a bit got the better of me. It was terrific!

They also have what they call country-style paté made of kudu and warthog, specifically prepared for the eatery. It was also superb.