Talented Jali back with a fine sound 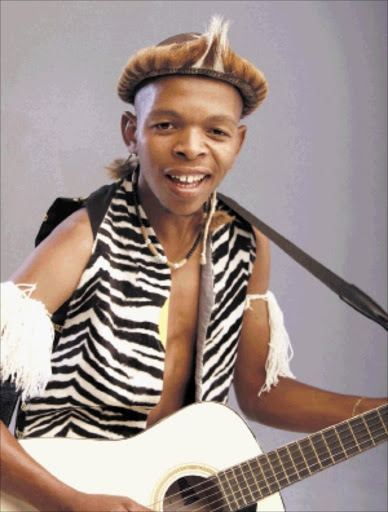 Inyoni Emhlophe's latest offering has those lively and rhythmic maskandi sounds that make it imperative for his fans to go out and grab a copy.

After taking a break, Jali, who is one of the most gifted young maskandi musicians, is back. With the talent and creativity he possesses the young singer has a bright future.

"After releasing my debut album I decided to take a break because I was looking for a new recording company.

"It took me seven months to complete the project because I wanted to be sure of my sound," the 27-year-old Jali says.

When young men of his generation chose to play kwaito, hip-hop and Afro-pop, it's not surprising that Jali, opted for maskandi music. Growing up listening to Phuzekhemisi and seeing his father playing concertina, what chance did he have?

"I started playing concertina at the age of 7. My father had it and I taught myself until I was perfect. By the time I was 14, I was already a professional. It was then I noticed I had a passion for maskandi."

The multi-instrumentalist singer plays concertina, drums, acoustic, bass and guitar. As usual he is very vocal on social issues, warning all road users to take special care when driving.

"Every time I write a song I take my time because I want my listeners to feel the songs and easily relate to them," Jali says.

As is to be expected, his guitar matches perfectly with his lyrics. Jali's music exudes experience and understanding of the genre.

Jali started out in the industry in 1997 as a member of a local group called iSisu Sezwe.

He joined Phuzekhemisi in 1998, travelled around the world over the years. In 2004 he released his debut Wavotaphi and dropped his second Bayasixabanisa in 2007.