A Johannesburg domestic worker has already paid Standard Bank about R33,000 over the last few years, but still sees no dent in the R68,600 capital borrowed. 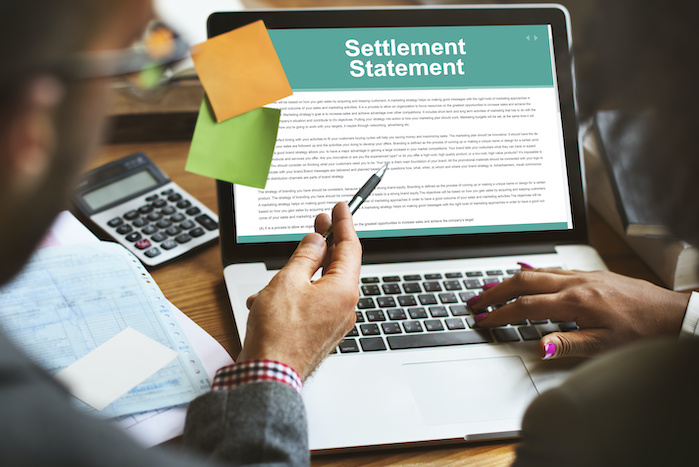 Credit providers are obliged to give you a settlement amount when asked for one.
Image: 123RF/RAWPIXEL

Ntombi Sangweni is regretting the day she signed surety for her son to obtain a student loan. Although she has already paid Standard Bank about R33,000 over the past three-and-a-half-years, she has not yet paid a cent towards the R68,600 capital borrowed.

Sangweni, a domestic worker from Jeppestown in Johannesburg, says the bank did not explain to her when she signed surety that she would be paying interest only until her son finds a job.

The National Credit Act (NCA) says you must be given a disclosure statement and quotation before you sign a credit agreement. This document must set out the loan amount, the interest rate, other costs, the payment schedule, and the total cost of the loan. This is to ensure you have no nasty surprises around the material terms of the agreement or the actual cost of credit over the term.

You also have the right to this information in an official language of your choice and in plain and understandable language.

Sangweni, who speaks Zulu, signed a quotation that is in English and was based on the assumption that the loan is repaid in 12 months. However, the term of the loan is in fact open-ended because the debtor only starts paying off the capital when he or she finds employment. This makes a total cost based on repaying in 12 months meaningless. In reality, you can end up paying interest only for several years and paying the equivalent of the initial loan a few times over. But this is not explained.

Trudie Broekmann, an attorney who specialises in consumer and credit law, says Sangweni’s agreement falls short of the plain language requirement in the NCA.

Broekmann says even as a lawyer she had to carefully re-read the terms to make sense of them. The stated total cost of credit of R79,196 is incorrect and misleading, she says.

The borrower is not warned about the devastating impact of compound interest, at a prohibitive rate of prime plus 4%, when you do not pay off the capital amount from the start, Broekmann says.

She says the agreement should be redrafted so that it makes sense to any reader. “It could read: the capital amount (R68,600) which you are borrowing doesn’t have to be paid back to Standard Bank until you have finished your studies (or if you do practical training, when that is finished). This means that you will pay R933.02 every month only for interest. So when you start paying the capital amount, you will still owe the bank R68,600. If you want to pay less in total, you need to pay more than only interest every month.”

Sangweni ran into financial difficulty during lockdown and opted to take a payment holiday.

When her employers became aware of her plight, they offered to pay Standard Bank R35,000 to settle the loan, but the bank turned down the offer. It declined to make a counter offer despite credit providers being obliged to give you a settlement amount when asked for one.

Standard Bank spokesman Ross Linstrom says the bank slipped up by not offering a settlement amount. This week the bank offered her the following three options:

Linstrom says Standard Bank is comfortable it met all its obligations to ensure Sangweni understood the terms of the loan at inception, but the bank failed to show how it explained the terms – particularly that of paying interest only.

But Broekmann says a 2012 judgment, Standard Bank v Dlamini, shows that when it comes to helping vulnerable consumers understand its contracts the onus is on the credit provider “to prove that it took reasonable measures to inform the consumer of the material terms of the agreement”.

The option to pay interest only on a student loan is a double-edged sword. If you can’t afford to pay interest with capital, it’s a good feature. But if you can afford it, paying interest only has drastic consequences. What is important is that you are placed in a position to make an informed decision.

Sangweni says she would have been better off taking out a personal loan over a clearly defined term. In the aftermath of the Covid-19 pandemic, her son’s prospects of finding a job don’t look good.

Debt counselling, the process through which your debts are rearranged, with the agreement of your creditors, so that you can repay them in a ...
Business
1 year ago

How to manage your debt better and pay it off faster

Getting into debt is easy – it’s getting out of debt that’s the hard part!
Business
1 year ago
Next Article