Free cover after age 64 costs you

It may be a good time to shop around for cheaper funeral cover, but there are many confusing factors to take into account when you compare policies. 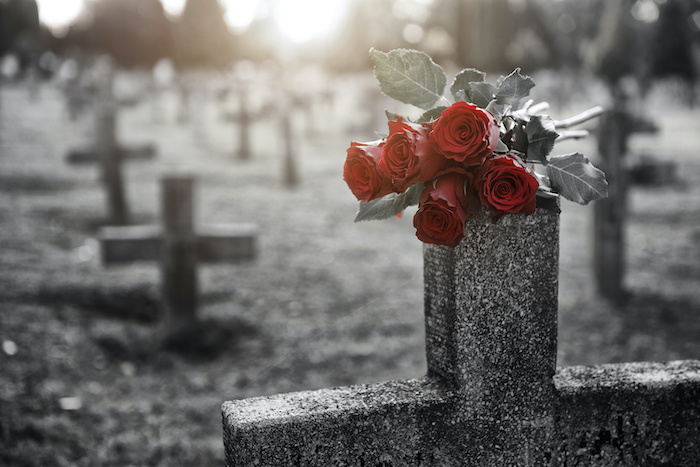 It's nice to choose the benefits you want, like a beautiful tombstone or airtime and grocery benefits, but consider the costs.
Image: 123RF/GERGELY ZSOLNAI

Funeral providers are upping their competition for your business especially as people are worried about Covid-19 deaths. But before you are enticed by nice-to-have benefits, be sure you know what you are paying for.

Capitec entered the funeral insurance market just over two years ago offering what it said were premiums 30% cheaper than many of its competitors. It said it was able to do this because its funeral cover was available through its banking app with no need for brokers.

It issued more than a million policies in the year to February last year, according to its annual results.

Capitec and other online funeral providers like Indie have shaken up the market and led traditional insurers to revamp their offerings.

It may be a good time to shop around for cheaper cover, but there are many confusing factors to take into account when you compare policies.

Two new policies highlight this with their focus on the number of people you can cover and a paid-up benefit that allows you to stop paying premiums at around age 65 and continue to enjoy cover.

Liberty Life has enhanced its funeral offerings with the Liberty Funeral Plus Plan that allows you to choose the benefits you want – like a R10,000 tombstone or airtime and grocery benefits – instead of taking a rigid set of benefits.

The product also lets you cover up to 32 people, including non-blood relatives like a child you care for or a domestic worker.

“In South Africa, we have people with multiple spouses, and our definition of ‘our children’ is different to other countries. This product allows you to cover the people who are closest to you,” Liberty key accounts manager Carol Sibanda says.

Old Mutual’s new funeral insurance policy allows you to cover up to 22 family members and an unlimited number of dependent children but only pay for one dependent child, Thembisa Mapukata, general manager for alternative distribution for Old Mutual’s Mass and Foundation Cluster, says.

A competitor analysis by Capitec last year shows that when you add a spouse aged the same as you to your cover, your cover increases by around 60%, and if you add a relative over the age of 60 to your funeral plan, your premium is likely to more than double.

Providers may boast about how many people you can add to your policy, but each addition costs you more and the costs vary between providers. Don’t just compare premiums for a single life.

Another benefit that the revamped Liberty and Old Mutual policies are offering is a paid-up benefit that allows you to stop paying premiums after you turn 64 or 65 while enjoying cover for the rest of your life.

You must remember that the cost of this benefit is recouped in your monthly premiums. If you cancel the cover before you reach 64 or 65 or you let it lapse because you can no longer pay your premiums, you will lose what you have paid.

Mapukata says Old Mutual includes in the cost of this benefit continued cover without premiums in the event that you die or are disabled. The cost of the benefit depends on your gender, age, how the insurer rates you and the cover amount.

She says a couple aged 33 and 31 respectively who take out R50,000 of funeral cover each will pay a premium of R228 a month. If they add the optional funeral paid-up benefit, their premiums will rise to R268.

Old Mutual will not allow you to add the paid-up benefit after 54, but if you add it before this age, the benefit will remain in place for the rest of your life as long as you maintain your premiums. If you are over 54, you will need a younger relative to take up the paid-up benefit.

Liberty’s policy comes with a cash-back bonus, which pays a percentage of your total spending on the cover from the fifth anniversary of your policy and every five years afterwards.

Cash-back bonuses are also baked into the price and designed to keep you loyal to that insurer.

A policy with one of these bonuses will therefore likely cost more than one without it.

When you compare policies, don’t forget to also ask about the future increases in the premiums.

Two insurers may offer you the same cover and the same premium, but one may increase premiums by 10% and the other by 5% annually.

Alternatively, one will increase the cover amount annually while the other does not. If your cover does not keep up with inflation, you may soon find that you are paying more than you would have on a policy that started more expensive but increases the cover annually.

Ask your insurer what your premiums and cover amount will be in five and ten years’ time.

Why it's important to update your beneficiaries

Major life events such as death and divorce signal the need to review who you have nominated to receive the proceeds of your pension fund or funeral ...
Business
10 months ago

Funeral insurance providers will have more empathy than usual if you skip a payment or two because of the Covid-19 lockdown.
Business
1 year ago

We often think our money problems stem from a lack of money, but the reality is if we managed our money better, we would be able to use it to grow ...
Business
1 year ago
Next Article